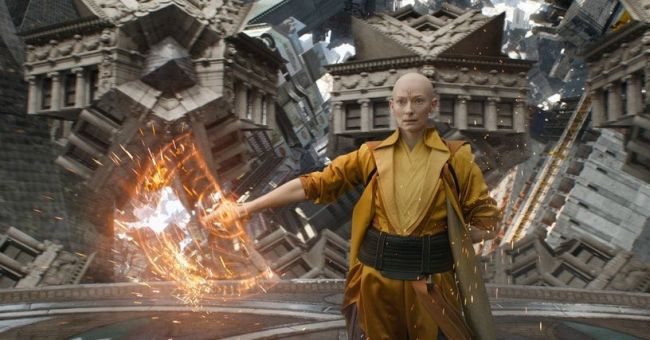 Marvel Studios President Kevin Feige, the man who has overseen the explosion of the Marvel Cinematic Universe over the last decade-plus, has recently expressed regret over the studio’s decision to cast Academy Award winner Tilda Swinton in the role of The Ancient One in 2016’s Doctor Strange. In the comics, The Ancient One is portrayed as an Asian man, while Swinton is, obviously, a white woman.

In a recent interview with Men’s Health Magazine, Feige discussed the studio’s decision to cast the Oscar winner in the role of The Ancient One (who would also appear in Avengers: Endgame in 2019), saying that the backlash served as a wake-up call.

“We thought we were being so smart, and so cutting-edge,” Feige told Men’s Health. “We’re not going to do the cliche? of the wizened, old, wise Asian man. But it was a wake-up call to say, ‘Well, wait a minute, is there any other way to figure it out? Is there any other way to both not fall into the cliche? and cast an Asian actor?’ And the answer to that, of course, is yes.”

This represents a significant change in course from Marvel Studios, who released a defiant statement in the wake of Swinton’s casting, originally attempting to explain that “The Ancient One” is a “title” and not a “character”.

“The Ancient One is a title that is not exclusively held by any one character, but rather a moniker passed down through time, and in this particular film the embodiment is Celtic. We are very proud to have the enormously talented Tilda Swinton portray this unique and complex character alongside our richly diverse cast,” Marvel told Mashable.

While the sequel to Doctor Strange — Doctor Strange in the Multiverse of Madness — is due to hit theaters next March, Swinton is not expected to reprise her role at this time.

RELATED: It’s Legitimately Stunning How Awful The Trailer For The Original ‘Avengers’ Was