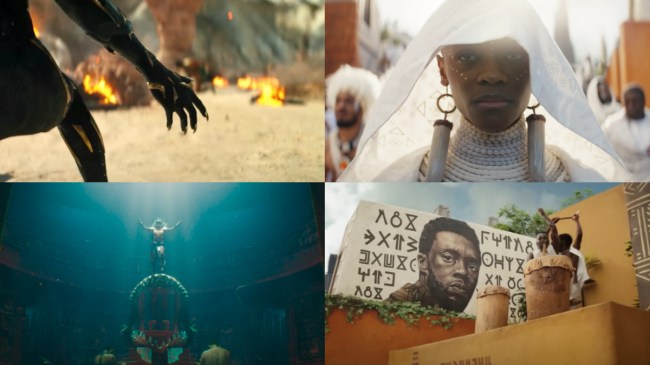 Given that he’s the steward of the most successful film franchise of all time, it’s safe to say that Marvel Studios President Kevin Feige is quite a smart dude.

Not only is Feige obviously a storytelling genius, but he’s also a marketing master, too, as evidenced by the way he’s grown the Marvel Cinematic Universe over the last 15 years or so.

The reason that I’m mentioning Feige’s intellect is that this is a man who, in all likelihood, chooses his words quite carefully, certainly when it relates to upcoming MCU projects. And that’s what makes his recent comments about Black Panther: Wakanda Forever so fascinating, as he said at D23 Expo over the weekend that the film is the “biggest thing” that Marvel Studios has ever done.

Marvel Studios president Kevin Feige said at D23 Expo over the weekend that Black Panther: Wakanda Forever is “the biggest thing” the studio has ever done

When you think of the words “big” and “Marvel”, what’s the first thing that comes to mind? Avengers: Endgame, of course. I know that. You know that. And guess what? Kevin Feige knows that. So for him to put those sorts of expectations on Wakanda Forever likely means that he genuinely believes Marvel Studios have something special on its hands.

According to reports out of D23, Wakanda Forever will see the proud country under attack from the world’s various nations who are attempting to steal their resources while Wakandans find themselves at their lowest point following the death of their king. Combine that sort of global narrative with the narrative surrounding Chadwick Boseman’s passing — which will be directly addressed in the film — and rumors that Doctor Doom might be introduced and you could make a case that this actually will be the “biggest” MCU film yet.