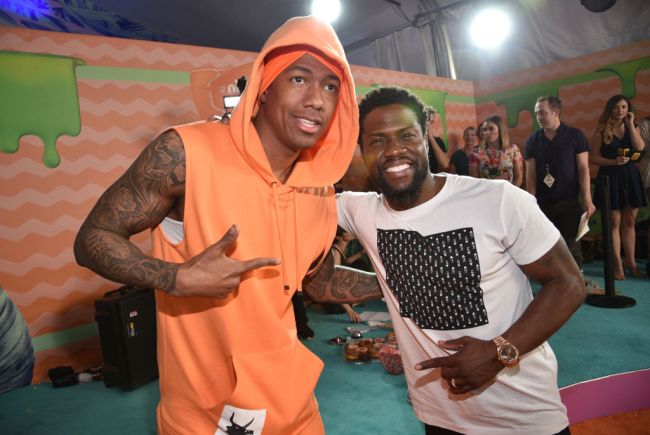 Kevin Hart raised the bar in his epic prank war with Nick Cannon. The comedian plastered his friend’s cellphone number on a billboard in downtown Los Angeles for anyone needing “advice on fatherhood.”

Hart posted a photo of the digital billboard in Los Angeles on his Instagram and said he also got ones in Atlanta and New York.

The massive billboard that is attached to a Courtyard Marriott pokes fun at the fact that Cannon has fathered seven children with four different women.

It comes as a retaliatory prank for a war that Cannon started on Hart’s birthday. Two weeks, as Hart turned 42, he received a unique gift.

At some point during the day, Cannon had a llama delivered to Hart’s home. A real life llama.

“Since I’m having all these new kids, I thought I would bless you with a new one as well. Save the drama for your llama. Happy birthday,” Cannon wrote to Hart.

To get him back, Hart had Cannon’s phone number posted on three billboards across the United States’ busiest cities. Cannon later confirmed that it was his real number in an Instagram story video as he took calls from fans.

Last week @NickCannon sent a llama to @KevinHart4real's house for his birthday. Today Kev posted a billboard in L.A. with Nick's REAL phone number on it!

So, if you've ever wanted to talk to Nick Cannon, now is your time! 🤣😂 pic.twitter.com/xBkIEAV0ZI

Cannon has since had his number diverted straight to voicemail with an interesting message. The recording invites those who call to ‘CashApp’ him $5 and leave their social media tags to “make sure they get in on the next prank.”

It sounds like the prank war has only just begun and it’s about to get GOOD. Stay tuned.