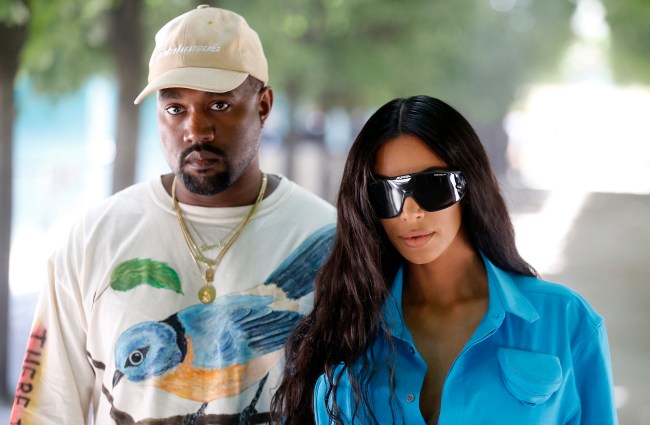 The Hallmark overlords won’t tell you this but half of marriage is liking the same television shows.

My betrothed would kill me if she knew I was airing out our laundry to strangers, but starting Mare of Easttown without her nearly broke us. It was as if I fathered that baby. I hadn’t seen that look on her face since April Fool’s Day 2017 when I convinced her I had a whole other family in Jacksonville who I send money to every month.

I’m sure my partnership isn’t the only one propped up on a House of Cards, but I’d have to imagine that once one reaches a certain level of fame and personal wealth accumulation, they no longer rely on the mechanisms us lay people use to distract us from being unexceptional.

If Kim Kardashian is any representation of the celebrity culture at large, I was wrong.

During the series finale of Keeping Up With The Kardashians, Kim addressed her February divorce filing from Kanye West, expressing a deep and irredeemable void of the “little things” in their 7-year relationship.

“I want someone that… We have the same [TV] shows in common. I want someone that wants to work out with me. It’s like the little things is what I don’t have; I have all the big things,” she told the Kardashian-Jenner matriarch. “Obviously, complete bliss is not a full reality, but if I can have it more, a majority of the time, that’s all I wanna do. Wherever that takes me, I just want my pure happiness. So that’s what I’m working on, figuring out how to get there.” [transcribed by Hypebeast]

Kim, if you’re reading this, I tend to enjoy documentaries that glorify and exploit the biggest tragedies in others’ lives and finding nothing deranged about telling my friends Don’t F*ck With Cats is “good,” a bizarre descriptor for vacuum-sealed feline content.

This may come as a surprise, but Kim also wasn’t a huuuge fan of her husband building a $14 million, 52-000 square-foot mansion literally on the other end of the United States. And then another $15 million Wyoming mansion an hour down the road. I’m no Dr. Ruth, but can’t imagine that’s good for bonding.

“I never thought I was lonely, and I always thought, ‘That’s totally fine.’ I can just have my kids, my husband moves from state to state, and I’m on this ride with him and I was okay with that,” she said, referring to West’s ranch in Wyoming. “After turning 40 this year, I realized like, ‘No, I don’t want a husband that lives in a completely different state.’ To me, I thought, ‘Oh my God, that’s when we’re getting along the best but then that is sad, to me. And that’s not what I want.’”

The divorce marks Kanye’s first and Kim’s third. Should’ve known there was no chance at happily ever after following the devastating breakup of Chad Kroeger and Avril Lavigne in 2015.