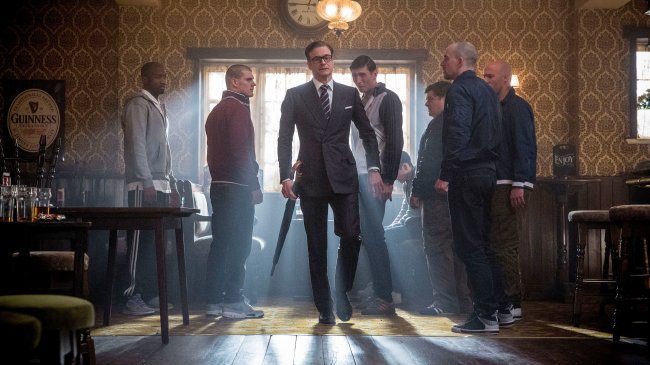 When I tell you I gasped aloud when I saw this headline, I mean that quite literally: I was so shocked, so awed by the audacity of the sentence before me. SEVEN more Kingsman movies?! What’s this dude think this is, Fast and Furious? Don’t get me wrong, I actually love the Kingsman franchise and have been looking forward to the long-delayed prequel. In fact, now that I’m thinking about it, you could probably argue that the original was one of the best American action movies of the 2010s.

All that said, coming out and announcing you’re making seven more movies in an already three-film-deep franchise sort of builds in pre-existing audience exhaustion. Even Fast and Furious didn’t do that. Only recently did Universal Studios reveal that the franchise is finally coming to an end after its eleventh film.

Nevertheless, Marv Group — the studio behind the franchise — has shown their hand and revealed that Vaugn is currently planning about another seven films in the franchise.

Marv Group CEO Zygi Kamasa has said that filmmaker Matthew Vaughn is plotting “something like seven more Kingsman films” as part of the company’s expansion plans.

“We want to grow the business and the output,” Kamasa told the Winston Baker UK Finance Summit late last week. “We have a Kingsman TV series in the works and there are two-three other franchises that are being developed alongside the Kingsman world.” [via Deadline]

One of the reasons the original Kingsman was so successful was, in my opinion, is that it was both original and an unexpected hit, which are two factors that are inherently undone by announcing your plans to make it mega-franchise. Hopefully, the creative talent of Vaughn will be able to keep the franchise feeling fresh despite its growing scale.