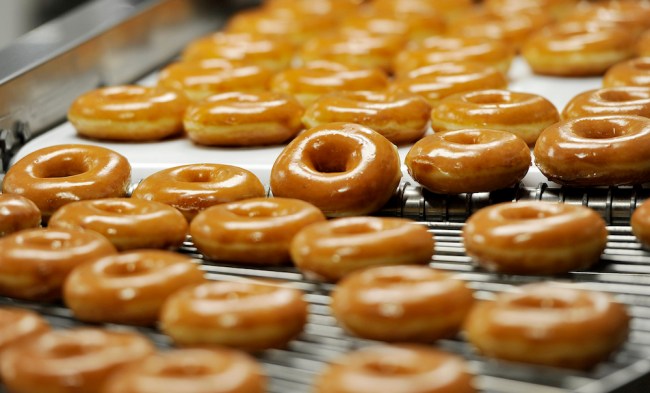 We’ve all suffered through the long hours at work where nothing is happening and nothing is really getting done. For people working retail and restaurant gigs, the coronavirus shutdown has made days even longer.

An employee of a Krispy Kreme store got so bored at work, he decided to play mad scientist with a glazed doughnut and posted the deliciously gross results to TikTok for the world to enjoy.

In the video’s text, @jackpaul_jones explains his thought process. “Since it was a slow day at work we decided it was time we experimented. We wanted to find out just how many times we could glaze a donut. Our shift manager was skeptical but we told her it needed to be done,” he wrote.

Luckily, Jack Paul Jones was able to convince the manager that the experiment needed to be conducted in the name of the Internet. Jones and co-workers ran one unlucky doughnut through the glazing machine 25 times.

Here’s the process along with the sugar-coated result.

Eventually, Jones and his coworkers glazed the doughnut so much, it became too heavy and ripped through a bag. The confectionary scientists then had to be transported in the blob into a dozens box.

It’s unclear whether anyone ate the glazed monstrosity. I’m hoping the doughnut was all for show.