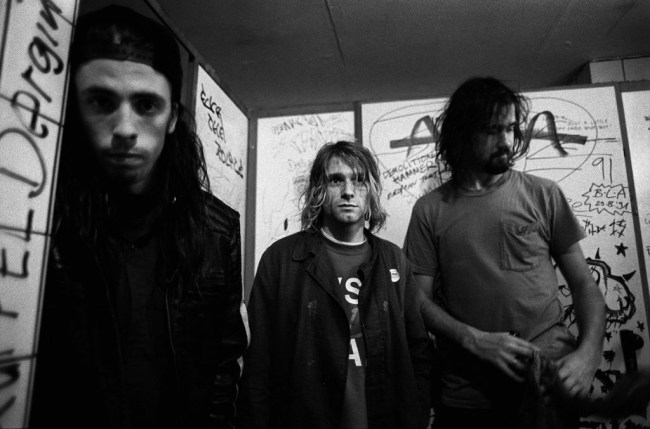 There is no shortage of coverage about Kurt Cobain’s unparalleled talents, his crippling drug addiction or his premature death. But Kurt Cobain’s youth often goes overlooked, including his forgotten arrest and rarely seen mugshot.

Kurt Cobain was born at Grays Harbor Hospital in Aberdeen, Washington, to Wendy Elizabeth, a waitress, and Donald Cobain, a mechanic. By the time that Kurt was 9-years-old, his parents divorced and it definitely had a profound and lasting effect on his life and music.

“I had a really good childhood… then a classic case of divorce really affected me,” Cobain said.

“I remember feeling ashamed, for some reason. I was ashamed of my parents. I couldn’t face some of my friends at school anymore, because I desperately wanted to have the classic, you know, typical family,” Cobain said in a 1993 interview with Guitar World. “Mother, father. I wanted that security, so I resented my parents for quite a few years because of that.”

The Nirvana singer said that he “was a scapegoat” in high school “but not in the sense that people picked on me all the time. They didn’t pick on me or beat me up because I was already so withdrawn by that time.”

“I was so antisocial that I was almost insane,” he told Guitar World. “I felt so different and so crazy that people just left me alone. I wouldn’t have been surprised if they had voted me Most Likely To Kill Everyone At A High School Dance.”

At the age of 19, Kurt took out those frustrations by spraypainting buildings. In May of 1986, Kurt Cobain was arrested for spraypainting “Ain’t got no whatchamacallit” on a building in Aberdeen. Here is the forgotten Curt Kobain mugshot from 1986 from his odd graffiti that was possibly a tribute to the crispy peanut butter and chocolate candy bar. 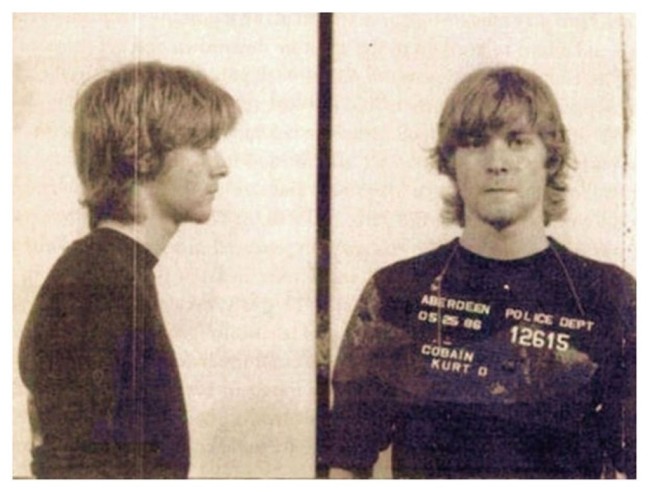 There are rumors that Cobain tagged the building with “God is gay,” but allegedly the police report said he spraypainted “Ain’t got no whatchamacallit.” In a 1993 interview with The Advocate, Cobain claimed he tagged pickup trucks in his hometown with the phrase: “God Is Gay,” which is a lyric in the Nirvana song Stay Away.

Around the same time as his arrest, Cobain was also arrested a second time for trespassing on the roof of a warehouse in Aberdeen. That is the extent of Kurt’s criminal record.

Kurt formed Nirvana with bassist Krist Novoselic in 1987 and changed the rock world forever. Cobain would die on April 5, 1994, in Seattle at the age of 27.

You can read more stories about Kurt Cobain and Nirvana HERE.