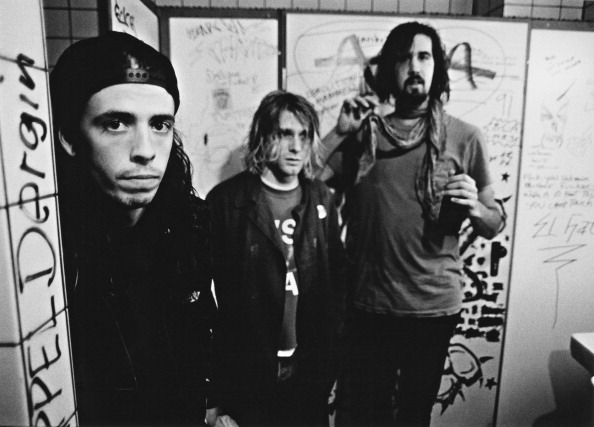 Nirvana’s third and final studio album In Utero was released on September 21, 1993. In Utero entered the Billboard 200 chart at number one, sold 15 million copies worldwide, and has been certified five times platinum. In support of their new album, Nirvana went on a world tour that started on October 18, 1993, at the Veterans Memorial Coliseum in Phoenix, Arizona.

On February 4, 1994, the great American band kicked off the Europen leg of the tour. With the Melvins opening for them, Nirvana’s final concert happened on March 1, 1994, in Munich, Germany. This would be the final Nirvana concert because the tour was canceled after Cobain suffered a drug overdose on March 6 in Rome, Italy. Kurt Cobain agreed to enter drug rehabilitation, but left after less than a week. On April 8, he was found dead in his Seattle home after committing suicide by a self-inflicted shotgun blast to the head. Over two decades later, Dave Grohl opened up about how Cobain’s death changed his outlook on life.

Nearly 25 years after the demise of Cobain, his fellow Nirvana bandmate is still dealing with the harsh reality of Kurt’s premature death. The Foo Fighters’ frontman gave an interview to PBS where he was very frank and about how Kurt’s suicide shook him to the core, but also inspired him to live his life to the absolute fullest.

“When Kurt died, I remember the next day and thinking, ‘I still get to live,’” Grohl said. “So I’m going to live every day like it’s my last one. Even if it’s the worst day, I’m gonna try to appreciate it.”

“And I still feel that way. I never wanna die. I honestly feel like if I get to do this,” the Foo Fighters’ frontman said as he pointed to his guitars in the room. “And I’ve got these beautiful kids… As long as I get to do this,” Grohl said as he begins to air drum. “I’m all good. That’s how I feel.”

You can watch the entire PBS interview below.

In May, Grohl gave an interview to GQ where he revealed that he still gets choked up when listening to Nirvana songs. “I don’t put Nirvana records on, no. Although they are always on somewhere. I get in the car, they’re on. I go into a shop, they’re on. For me, it’s so personal,” Grohl said. “I remember everything about those records; I remember the shorts I was wearing when we recorded them or that it snowed that day.”

“Still, I go back and find new meanings to Kurt [Cobain]’s lyrics,” Grohl said. “Not to seem revisionist, but there are times when it hits me. You go, ‘Wow, I didn’t realize he was feeling that way at the time.’”

Grohl along with fellow surviving Nirvana members Krist Novoselic and Pat Smear had a Nirvana reunion last at Cal Jam 2018.

Two months ago, there was another Nirvana reunion at Safeco Field in Seattle.

But Grohl recently said to not expect these Nirvana reunions to be a regular occurrence. “After we played the Rock & Roll Hall of Fame, I considered the idea that, if there was an opportunity, we could do it again,” Grohl said. “But it’s delicate territory, and you can’t treat it like just another show,” Grohl added. “It’s very complicated and very special. In those moments, when it just happens naturally, I think is the best way.”

RELATED: Nirvana’s ‘Smells Like Teen Spirit’ Played In Major Key Will Have Kurt Cobain Rolling In His Grave