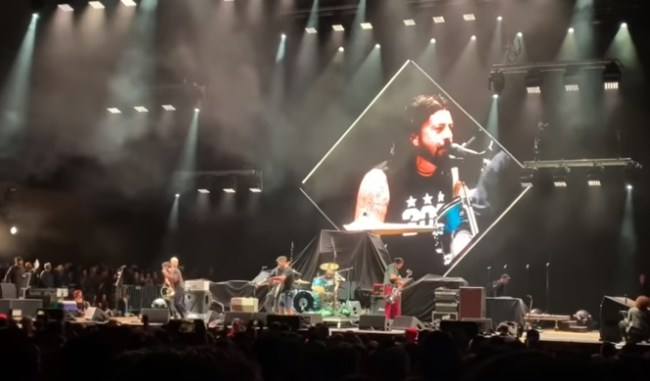 On Saturday night, there was a Nirvana reunion with the surviving members of the great American punk/grunge band at the second annual Cal Jam. The lucky crowd was taken into a timewarp to Seattle in the 1990s as the Nirvana members played some of the band’s classic songs.

Dave Grohl was back on drums and joined by guitarist Pat Smear and bassist Krist Novaselic. Standing For lead vocals, they were fortunate enough to have the legendary Joan Jett and Deer Tick’s John McCauley sing a six-song Nirvana set.

At the Cal Jam ’18 music festival at San Bernardino’s Glen Helen Region Park, the 2018 version of Nirvana performed some of the iconic band’s greatest hits.

You may remember that there was a Nirvana reunion a month ago at Safeco Field in Seattle where the surviving members played one of Kurt Cobain’s favorite songs.