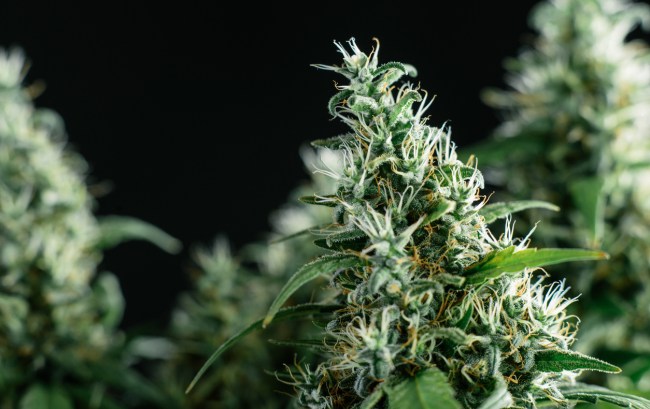 As marijuana becomes increasingly normalized (and legalized), plenty of companies have come up with concepts specifically designed with stoners in mind. Jack in the Box teamed up with Snoop Dogg to lure marijuana enthusiasts in with a $4.20 meal deal designed to curb your post-session munchies while Lyft offered discounted rides to discourage smokers from driving on the drug’s unofficial holiday in April.

However, some of the biggest innovations have originated in another industry devoted to the production of mind-altering substances. In the past few years, a number of breweries have harnessed cannabis in its various forms, such as Blue Moon’s THC-infused beer and some very on-brand brews made with cannabinoids in conjunction with Run The Jewels.

Last year, California’s Lagunitas Brewing Company put out a weed-infused beer of their own, but unlike some others, it didn’t contain any ingredients capable of getting you high. However, now that marijuana is legalized in its home state, the brewery is taking advantage and stepping out of their comfort zone a bit with the creation of Hi-Fi Hops, a non-alcoholic, weed-infused seltzer.

According to a press release, the sparkling water is flavored with hops and comes in two different varieties, with one containing both THC and CBD and another made solely with the former. It also has zero calories, although there’s a very good chance you’ll end up consuming a fair amount after you drink one.

Hi-Fi Hops is a very natural evolution for Lagunitas. In the mid-2000s, the company’s taproom was a hotbed for smokers (some bartenders reportedly gave out weed for free), and the brewery was temporarily shut down for a few weeks in 2005 (an incident that inspired the name of its Undercover Investigation Shut-down Ale.

The seltzer is slated to hit dispensaries in California at the end of July.