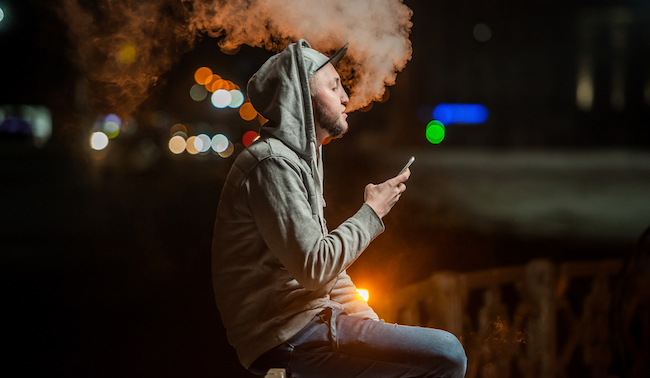 On Friday, people who need to give themselves a reason before smoking weed will spark up to commemorate 4/20, a day of celebration for anyone who owns multiple Baja hoodies and more than two pieces of glass marketed as products to smoke tobacco out of. While I’d personally recommend spending your day watching the Planet Earth series in its entirety (or Samsara on an infinite loop) but if you’re looking to wander out in public, then there’s really only one place you need to be: in a movie theater watching Super Troopers 2.

The Broken Lizard crew has done a great job drumming up publicity for the movie (as well as inspiring hope for a Beerfest sequel) including a special promotion with Hooters that will finally give anyone who’s been dying to have their chicken wings covered in snozzberry sauce a chance to make their dreams a reality. However, if you’re looking to “increase your appetite” before paying your local establishment a visit, there’s another Super Troopers 2 promotion you might be interested in.

According to Forbes, Lyft will be offering discounted rides on 4/20 in major cities where weed is legalized (Denver, Las Vegas, and Los Angeles are just a few of the ones on the list). All you have to do is enter the promo code for the city you’re in and you’ll get up to $4.20 off your total (even if you’re not in any of the areas being served, you can enter “LYFTTROOPERS” in the Promo section and the cars will turn into characters from the movie).

This isn’t the first time Lyft has blatantly pandered to marijuana connoisseurs— last year, they partnered with Taco Bell to allow riders to stop to pick up their absurd culinary creation of choice on the way to their destination (a move that the company’s drivers weren’t exactly thrilled with). Even if you don’t smoke, there’s no real downside in taking advantage of the perks that come with its ever-increasing normalization.