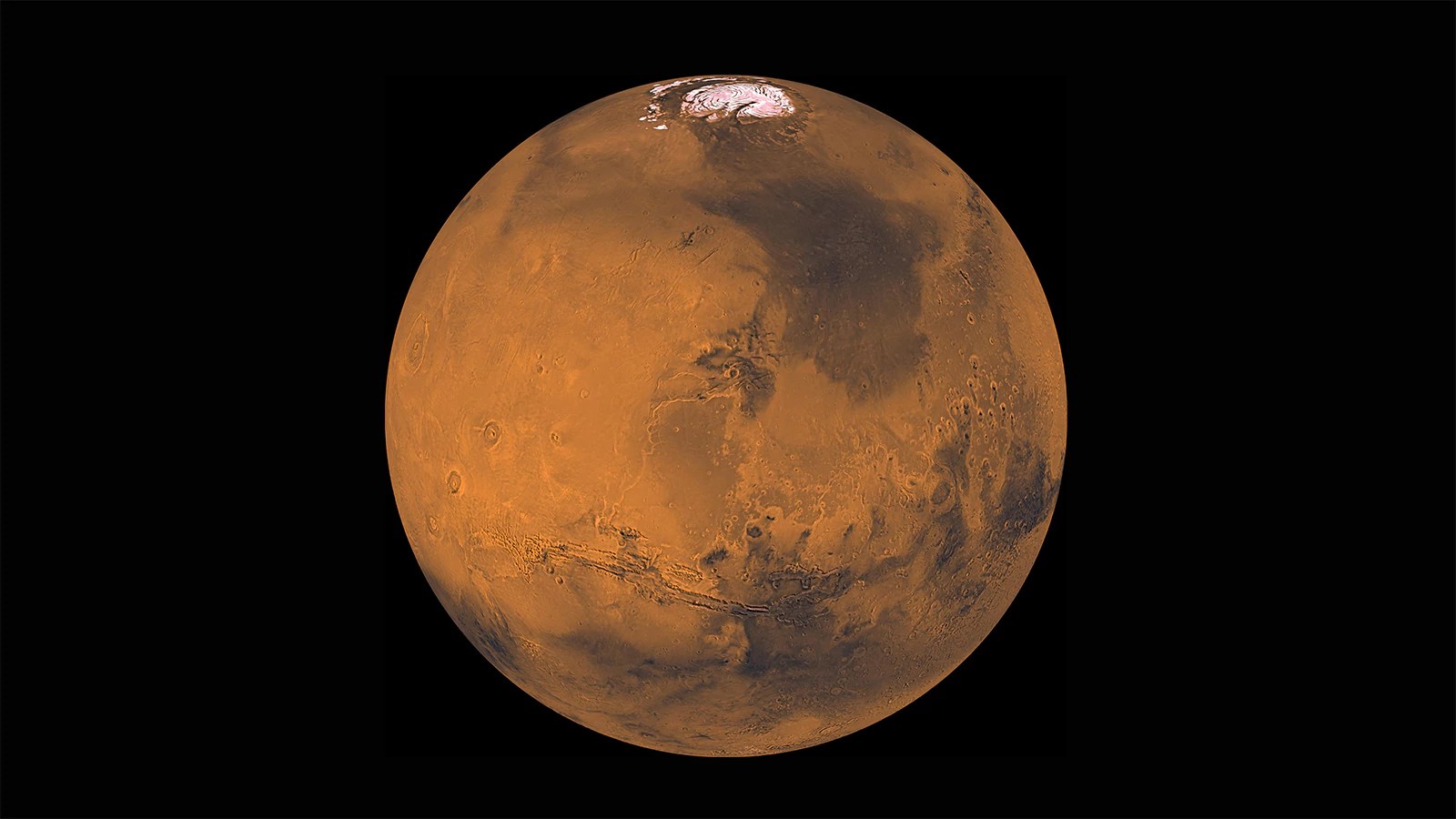 Scientists have discovered a massive underground lake on Mars! Scientists have found overwhelming evidence that there is an underground aquifer full of liquid water. The secret subglacial lake is believed to be about one mile underneath the surface and is 12.4 miles wide. This revelation swings open the door for the possibility of life on the Red Planet.

We found a massive lake! Well, not you or I in particular, but humanity as a whole. Technically, the groundbreaking discovery was made by the Mars Express Orbiter, a European spacecraft. Be better NASA. The probe, which has been orbiting Mars since 2003, found the hidden reservoir while scanning the ice cap located at the Red Planet’s south pole.

While Mars is frozen, going down to minus 195 degrees in the winter at the poles, scientists believe the water stays a liquid because it has some anti-freeze elements in it. Mars is rich in calcium, magnesium, and sodium salts which would lower the water’s freezing point. This increases chances that Mars could host life whether that be alien or human. The underground aquifers could host extraterrestrial microbes or bacteria, since microbes and bacteria survive in similar environments here on Earth. There has yet to be a petition to drink the Martian water.

Billions of years ago, Mars was much warmer and covered in ancient seas. Mars is mostly a frozen desert planet now, could some of the water gone underground? This could be just one of many underground aquifers on Mars and that means if we find them (preferably not in the crazy frozen polar regions) that we have a much better chance of successfully building settlements on the Red Planet.

“There are other areas that seem to be similar. There’s no reason to say this is the only one,” says Elena Pettinelli of Italy’s Roma Tre University, co-author of the paper. That means Matt Damon could more easily grow his potatoes on Mars.