How Pissed Must Scottie Pippen Be That His Ex Larsa Is Dating A 27-Year-Old Bench Player After Shooting Her Shot On IG? 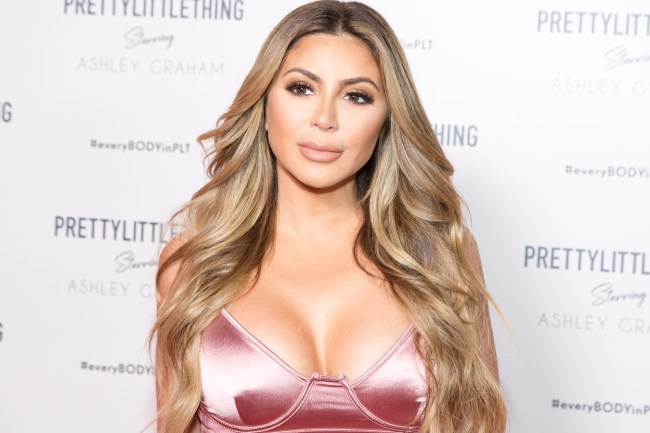 Scottie Pippen has become tough to root for in his retirement because he’s constantly reluctant to dish out praise to current NBA players over fears of depreciating the good ol’ days. Just this week, Gilbert Arenas called him out for claiming he could defend anyone in the league today after giving patronizing tutorials on how to defend players like LeBron James and James Harden.

Pippen split with ex-wife Larsa at the end of last year after 19 years of marriage, with Larsa claiming the genesis of the split was due to Scottie’s constant absence causing her to become lonely.

Damn man NBA CHAMPS!!!! Toronto the job got done ! I’m sure y’all going crazy out there y’all deserve it ! Don’t let negative people tell you otherwise just keeping moving in silence while they hate and watch how the tables turn. I can attest to that ! Ring me please.. Respect the game !

Moreland, a 27-year-old 6’10” power forward, averaged a chunky 1.4 ppg and 4 rebounds for the Raptors last season. He was spotted celebrating Larsa’s 44th birthday at Los Angeles hotspot, Warwick, before leaving the club with her and one of her girlfriends, with the two getting cozy in the backseat.

This came after Larsa making it clear of her intentions all over Instagram, where she was throwing fire and heart emojis on his pics.

This pairing probably wasn’t intentional by Larsa, but if it was, it’s diabolical and I just gained so much more respect for her.

The only player outside of LeBron that Larsa could be with that would enrage Scottie more is being with someone who could be locked down by Bill Wennington. Pippen must be REELING that his entire legacy is in jeopardy for being associated with a guy who’s spent half of his career in the D-League. That’s like Steven Tyler’s wife divorcing him and dating Steven Harwell, the front man for Smash Mouth.

Moreland is an NBA champion, so that’s gotta carry some clout, but so is Brian Scalabrine and he’s not slapping skins with Emily Ratajkowski (that I know of. If he is, you heard it here first).

Larsa went from Scottie to Future to… ERIC MORELAND… wtf is that? What does he do? Is he a producer? Does he hoop? Who is this guy?

Scottie pippen while larsa pippen has a city girl summer for the last 5 years pic.twitter.com/eSmQqnnnKt

At 44, Larsa must be on the Judge Judy diet because she still very much has it.

I might be a little late but I always show up

Your energy introduces you before you even speak

Congrats to Eric Moreland for punching up. That’s all you can really ask of a man.