Larsa Pippen Reveals The Reason Why She And Scottie Are Divorcing (Spoiler Alert: Not Future) 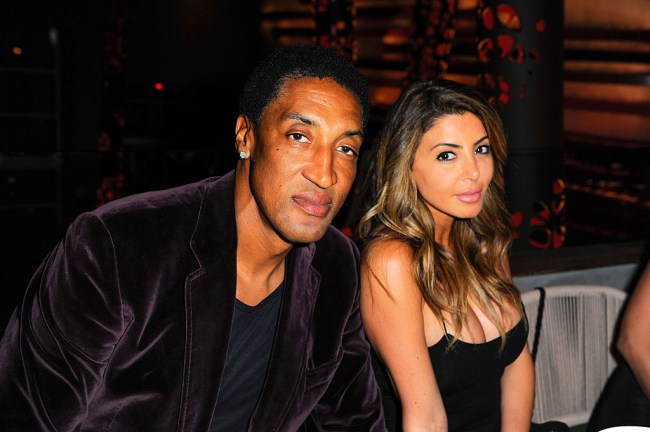 It’s been a very volatile and very public couple of years for Scottie and Larsa Pippen. Back in 2016, Scottie and Larsa divorced after 19 years of marriage over Larsa’s alleged ‘cozy’ relationship with rapper Future. Larsa’s close friends went on to claim that the genesis behind the divorce was Scottie’s alleged infidelity with a Sports Illustrated swimsuit model. Scottie would then buy her a $4 million ‘let’s let bygones be bygones’ ring on Valentine’s Day back in 2017, a symbol of the two giving it another shot.

That other shot didn’t work out, as last week Larsa issued a statement saying the two are getting divorced for the second time.

Sources connected to the couple told TMZ Sports that infidelity was not the driving force in the breakup but the two have just grown apart over the last few years.

Larsa posted a story to Instagram that cited Scottie’s absence resulting in her loneliness as the culprit for the split. Via Sports Gossip: 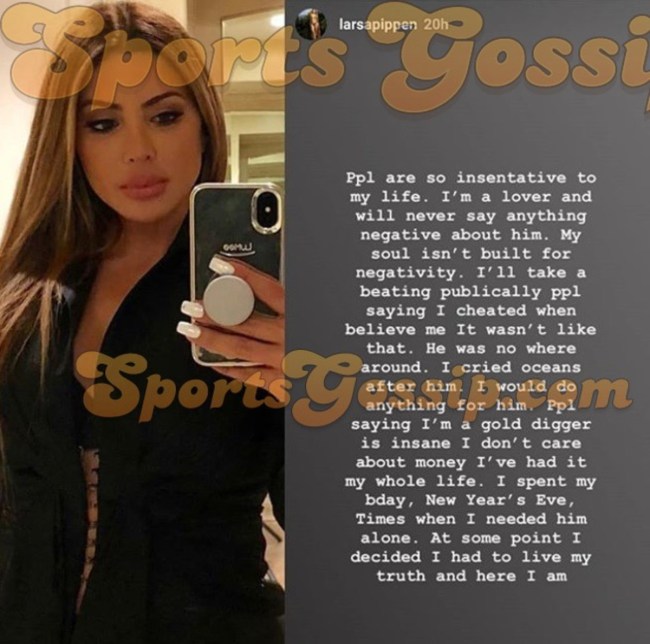 “Ppl are so insensitive to my life. I’m a lover and will never say anything negative about him. My soul isn’t built for negativity. I’ll take a beating publicly ppl saying I cheated when believe me it wasn’t like that. He was no where around. I cried oceans after him. I would do anything for him. Ppl saying I’m a gold differ is insane and I don’t care about money I’ve had it my whole life. I spent my bday, New Year’s Eve, times when I needed him alone. At some point I decided I had to live my truth and here I am.”

Hopefully these two can co-exist peacefully for the sake of their four children.

It seems that Larsa is embracing single mode whole-heartedly if this dress is any indication.