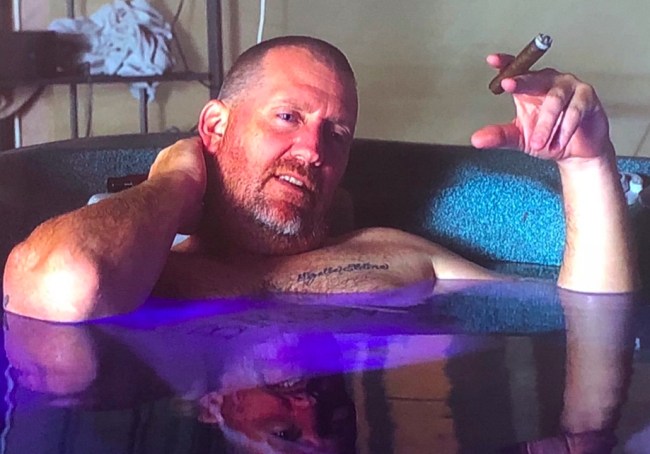 For those who watched the latest season of Last Chance U, you already know how unhinged Independence Community College head coach Jason Brown is. The dude was not only reckless in his play calling, but in his temper with players and referees and basically anyone who looked in his direction. The season played out like one giant cry for help and at the end of it, I wondered how the hell this guy managed to stay out of prison.

Well, Brown appears to be toeing that line after a jilted player shared a ‘fiery’ text exchange between himself and his coach on social media after Brown cut him from the team.

In the screenshot, Coach Brown appears to text the student in question, Alexandros Alexiou, telling him to come see him because he had 17 disciplinary points of 25 for being “disobedient.” Players can earn points for an array of reasons–fighting, tardiness, academic missteps–and when they hit 25, they get kicked off the team and their scholarship pulled.

The Montgomery County Chronicle reports that the conversation occurred after a meeting that Alexiou, a redshirt freshman from Germany, had with athletic director Tammy Geldenhuys in the wake of a suspension he received from the team a week before due to “several department-related issues.” 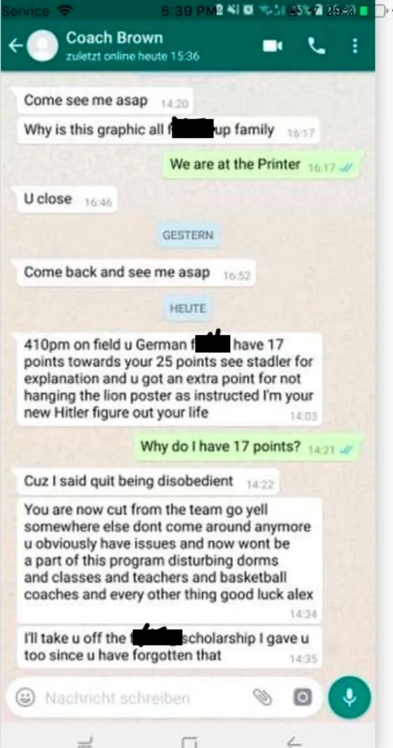 Brown called Alexiou a “German fuck” and told him “I’m your new Hitler,” prompting ICC President Dan Barwick to release a statement saying the school “does not condone the language” Brown used in the messages.

“I have spoken with Coach Brown about his message to the student, and he fully understands that his language was not appropriate. The college is investigating the matter and will have no further statement at this time.”

When contacted for comment by the New York Post, Brown told a reporter in an email that he was “only doing paying exclusive interviews.” When he was told he would not be paid for commenting, he said, “Then you get nothing from me brother.”