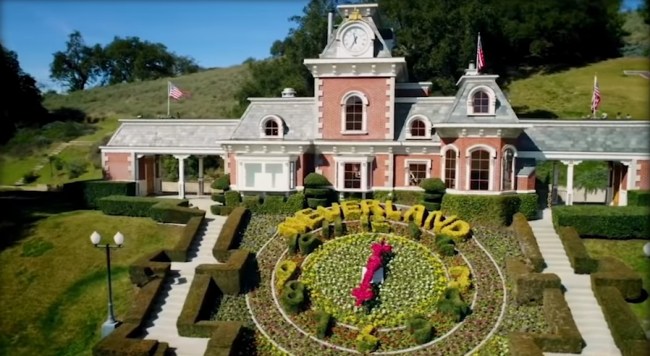 Eye-opening new evidence has people questioning the allegations against Michael Jackson that were presented in the HBO documentary Leaving Neverland. The evidence is so very plausible that the director of the Michael Jackson documentary is wondering if he got it wrong in his own film.

Journalist Mike Smallcombe, who wrote a Michael Jackson biography, brought forth damning evidence that contradicted the claims of the accusers in Leaving Neverland a few days ago. Smallcombe presented documents that seemingly destroy two key points in the documentary alleged by James Safechuck and Wade Robson. Even the Leaving Neverland director now admits that the dates in his documentary don’t add up with the new evidence. This new proof could change the public perception of whether Michael Jackson is innocent or guilty.

Safechuck claims that he was abused by Jackson between the years of 1988 and 1992. The last abuse allegedly occurred when Safechuck was 14-years-old. Safechuck claimed in the doc that he was sexually abused in the upstairs room of Neverland Ranch’s train station.

In the last couple of hours I’ve been given access to the Santa Barbara County construction permits for the Neverland train station by my source – approved Sept 2, 1993 pic.twitter.com/xjtfvEvsUu

The glaring evidence that seems to contradict the allegations offered by Robson and Safechuck were too critical for the documentary’s director to ignore and he addressed them this week. Dan Reed backtracked on some of the key accusations levied in Leaving Neverland, but still asserted that Jackson was guilty of his crimes.

Reed made a curious backpedaling on the two accusations in question. He responded to Smallcombe’s tweets by writing: “Yeah there seems to be no doubt about the station date. The date they have wrong is the end of the abuse.”

Yeah there seems to be no doubt about the station date. The date they have wrong is the end of the abuse.

So this means that Reed is now saying that Jackson abused Safechuck when he was at least 16-years-old. This kind of goes against the Leaving Neverland assertations that Michael groomed young boys and then discarded them once they hit puberty in favor of young ones.

“Firstly, I’m shocked that he’s spoken on Safechuck’s behalf,” Smallcombe told Mirror. “And secondly, it’s embarrassing that he feels he has to now change the narrative of the film – which is that the alleged abuse stopped in 1992 – all because part of it has been disproved.”

“That’s what happens when you take allegations like that at face value, and make no attempts to scrutinize and investigate whether they are true,” Smallcombe said.

Reed has yet to address Smallcombe’s other discrepancy in Leaving Neverland. Wade Robson claimed that he stayed at the Neverland Ranch in 1990 when he first met Michael Jackson as the rest of his family went on a five-day trip to the Grand Canyon. Wade also claimed that he was molested during the time he stayed alone with the pop singer.

“His mother, Joy Robson, testified under oath in a deposition in 1993/1994 in relation to the Jordie Chandler case that Wade had actually gone with them on that trip to the Grand Canyon, before the entire family returned to Neverland for the second time the following weekend,” Smallcombe explained. “Joy Robson had no reason to lie about this; she openly admitted that Wade stayed with Jackson alone on other occasions.”

“My son has never been to the ranch without me up until this year,” Joy Robson said in testimony from 1993. In a 2005 trial, Wade told the court that he had never stayed at the Neverland Ranch without his mother until 1992 or 1993 when Macaulay Culkin and Jordie Chandler were also there.

First image: Joy Robson's 1993 deposition, confirming her family went away to the Grand Canyon, and that Wade hadn't been alone at Neverland until that year (1993)