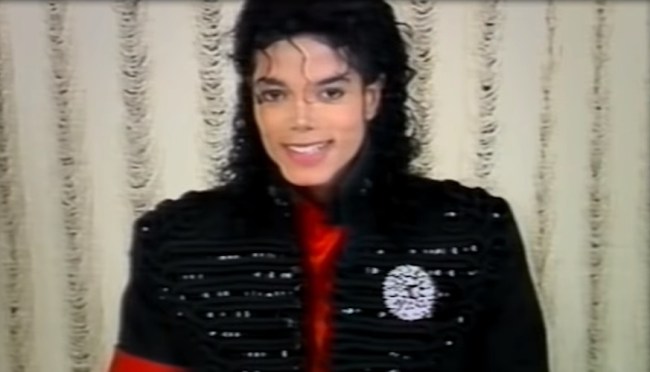 Startling new details have been unearthed by Michael Jackson’s biographer that may defend the late pop star against the accusations of sexual abuse presented in the HBO documentary Leaving Neverland. Journalist and author Mike Smallcombe alleges to have documents that disprove two claims of sexual abuse against the singer, which may sway public opinion on whether Michael Jackson is guilty or innocent.

James Safechuck alleges that he was a victim of Michael Jackson between 1988 and 1992, when he was 14-years-old. Safechuck said in the Leaving Neverland documentary and in his 2014 lawsuit against Jackson’s Estate that he was abused in an upstairs room in Neverland’s train station.

“The deficiency in Safechuck’s story is this, construction on Neverland’s train station didn’t start until the latter part of 1993, and it didn’t open until the first part of 1994, when Safechuck was 16,” Smallcombe said.

“So abuse in the train station wasn’t possible if the abuse stopped in 1992, as he claims in his testimony, as it didn’t even exist then,” Smallcombe adds. “There’s a two year difference.”

In the last couple of hours I’ve been given access to the Santa Barbara County construction permits for the Neverland train station by my source – approved Sept 2, 1993 pic.twitter.com/xjtfvEvsUu

Smallcombe then revealed damning evidence against another alleged abuse victim, Wade Robson. The journalist uncovered old testimony that contradicts Robson’s allegations against Jackson made in the documentary. Testimony from Wade’s mother Joy in 1993 tells a different tale than what was said in Leaving Neverland.

In the documentary, Robson said that he and his 10-year-old sister stayed at the Neverland Ranch with Michael while the rest of his family were treated to a trip to the Grand Canyon. However, Joy Robson told a court in 1993 that the entire family, including Wade, went on that five-day Grand Canyon trip.

“Wade claimed it was then when he was first abused by Jackson, going into graphic detail about what had allegedly happened over the course of several nights,” Smallcombe told the Mirror.

“His mother, Joy Robson, testified under oath in a deposition in 1993/1994 in relation to the Jordie Chandler case that Wade had actually gone with them on that trip to the Grand Canyon, before the entire family returned to Neverland for the second time the following weekend,” Smallcombe said. “Joy Robson had no reason to lie about this; she openly admitted that Wade stayed with Jackson alone on other occasions.”

Wade’s first trip to the Neverland Ranch was in 1990, however, his mother said that they first time her son stayed alone with Jackson was in 1993. “My son has never been to the ranch without me up until this year (1993),” Joy Robson said in testimony.

During a trial in 2005, Wade Robson told the court that he had never stayed at the Neverland Ranch without his mother until 1992 or 1993 when Macaulay Culkin and Jordie Chandler were also there. In Joy Robson’s 2016 deposition, she confirms that her “whole family” including Wade went to the Grand Canyon.

First image: Joy Robson's 1993 deposition, confirming her family went away to the Grand Canyon, and that Wade hadn't been alone at Neverland until that year (1993)

Smallcombe did not say that Michael Jackson was guilty or innocent, but did ask, “And while this doesn’t categorically rule out that Jackson abused them, it does make you wonder, if they’ve fabricated these stories, what about the rest?”

Jackson’s estate has denied all allegations of abuse and called them a “character assassination.”