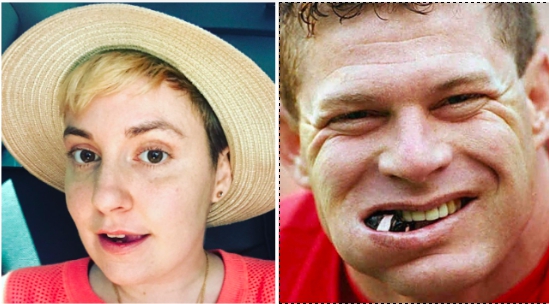 At any point before the 90’s, Lena Dunham and Lenny Dykstra would die not knowing the other existed. There would be absolutely no scenario in which they’d interact, do business, fornicate, etc. It would be like two nuns sitting around and talking about their sex lives. Zero common ground.

But, no thanks to the internet, you can literally find out everything you need to know about someone through a cursory search and make your seemingly sound judgements based on impersonal information. Like, I’m pretty sure I would not want Lena Dunham at one of my house parties. Have I ever talked to her? Seen her? No. She could be totally chill in person and wipe her feet before she enters and bring liquor, mixers, limes, and a joint. But knowing that she thinks college cafeteria sushi is cultural appropriation and men are the bane of civilization, I think it’s safe to say we won’t be growing old together.

With that said, I present to you an unlikely feud between Dunham and the always brash former MLB bad boy Lenny Dykstra. 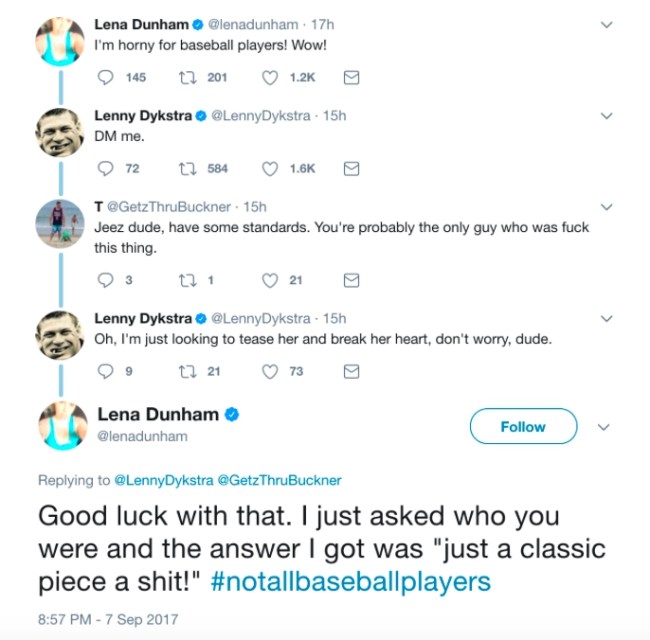 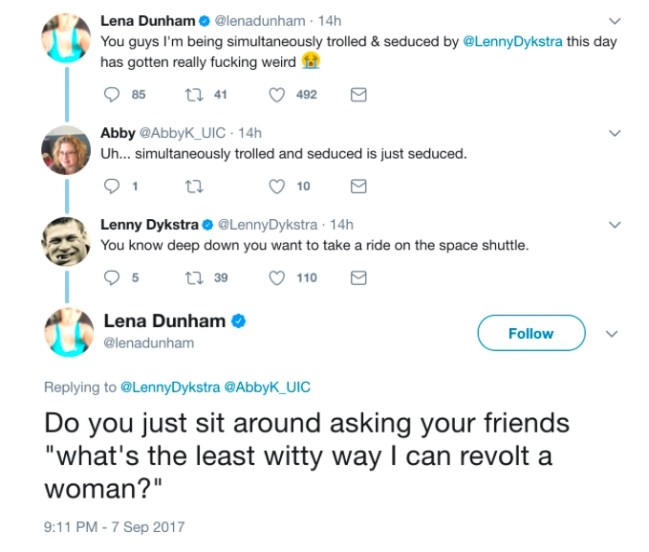 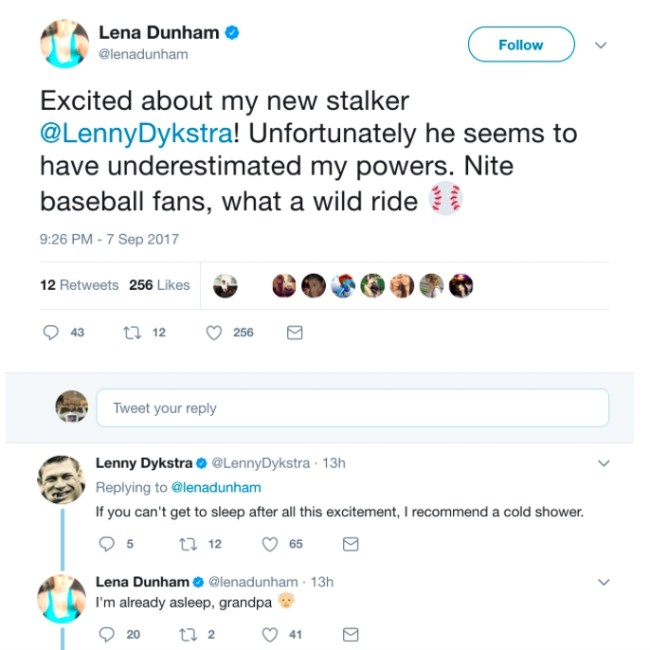 Lenny took the bait. Lena said something outlandish hoping for a misogynistic response and Mr. Misogyny was there to answer the call, reaffirming Lena’s beliefs about our species.