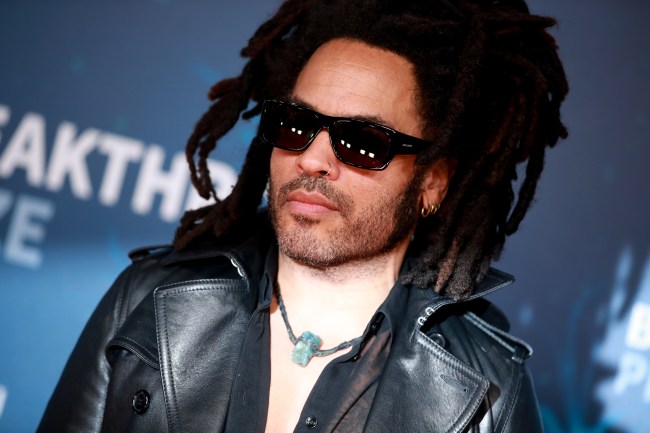 At age 56, @LennyKravitz is *still* the ultimate rock god and a divorced dad who actually gets along with his ex (and everyone around him). Our November cover star didn’t choose to go into seclusion, but it’s only made him stronger. 🤘😎🤘https://t.co/nb6z2mEM8h

"My best shape is not behind me. It’s in front of me right now. We keep moving that bar as we get older.”@LennyKravitz is our November cover star: https://t.co/nb6z2mEM8h pic.twitter.com/1GPnakNdnp

Holy smokes. What a slap in the dick. Didn’t expect to have Lenny Kravitz ruin my day, my week, my month, or even my yeeearrr but here we are. You know, this is exactly the sort of thing that is giving 56-year-old men body dysmorphia. What an impossible body expectation Lenny is advertising. As if 56-year-old men don’t already have it hard enough, now they have to see Kravitz’s airbrushed, hairless, dainty nipples staring them in the face at the Hudson News in their airport terminal? Next thing you know, we’ll have armies of 56-year-old men crying in bathroom stalls, eating their feelings, creating finsta accounts and sharing how fat they are today even though they’re actually beautiful. Enough!!!!!

Seriously though, guy looks insanely good. He’s also one of those people where if you had told me he was 34 or 70, I would have believed you. Dude has been around FOREVER, but hard to pinpoint exactly when he came into my world. Was it the ’90s? 2000s? 2010s? No point of reference for Lenny Kravitz. Based on this cover photo, I’d have to guess 38 at the oldest. Good news for me is that I have 35 years until I’m 56—plenty of time to get myself into this kind of shape.