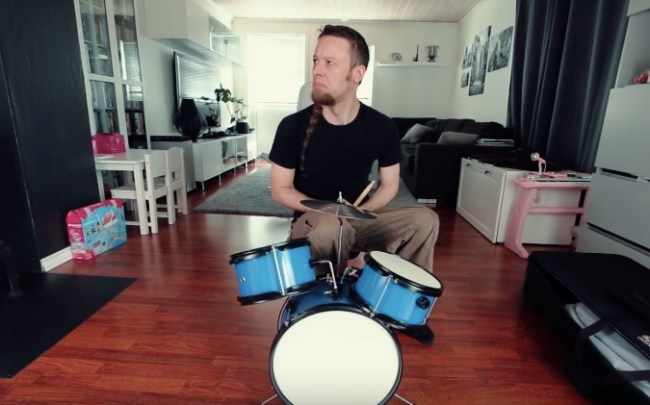 Leo Moracchioli runs one of the top 5 YouTube channels dedicated to Music and that’s not even up for debate. Every video he releases is amazing, and two of his recent Heavy Metal covers are so good I’ve literally had them playing on repeat all day. I only mentioned ‘Smooth Criminal’ in the headline of this article but I’m also sharing Leo’s cover of Whitney Houston’s ‘I Wanna Dance With Somebody’.

We’re at that part of the Summer (first few days) when we’re still waiting for the official ‘Song of the Summer’ to be released. Shazam predicted that 2018’s Song of the Summer would be one of these 10 tracks listed here. You know what’s not on that list? Either of these barn burners from Leo Moracchioli.

Now that Smooth Criminal is firmly stuck in your head you’ll have to fire up this cover of Whitney Houston’s I Wanna Dance With Somebody:

Now you can join me in putting the TV on mute and just listening to these two songs on repeat all day. Not at the same, of course, that’d be madness.

For previous Heavy Metal covers from Leo Moracchioli you can check out these awesome performances: