THIS IS NOT A DRILL: Leonardo DiCaprio Will Be Starring In A Netflix Movie 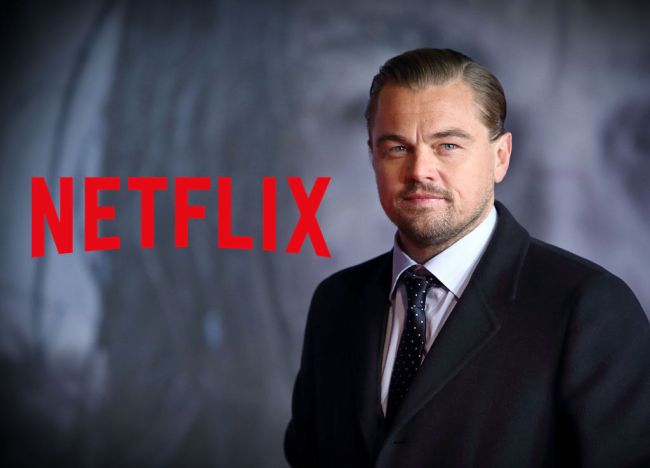 Man, what’d I do for a Leonardo DiCaprio movie right now? Remember when Once Upon A Time In Hollywood came out 37 years ago? Weren’t those times just SWELL? You know — going to the movie theater and paying through the bumhole for overpriced popcorn, stepping in sticky spilled soda as you find your seat. What I’d give to be able to watch Leo’s Rick Dalton lose his shit in his trailer in a movie theater full of people again. “I will see you again (movie theaters)… but not yet… not yet.”

But, that said, it’s not all doom and gloom when it comes to the entertainment industry, as Hollywood keeps plugging along despite the massive uncertainty facing movie theaters. Case and point: Leo has signed on to star in Don’t Look Up, a new Netflix movie from The Big Short director Adam McKay.

DiCaprio isn’t the only A-lister currently attached to the film, as Don’t Look Up — which “follows two low-level astronomers who embark on a media tour to warn mankind of an approaching asteroid that will destroy Earth” — boasts an absurdly stacked cast that features the likes of Jennifer Lawrence (who’s the lead of the film), Cate Blanchett, Jonah Hill, Himesh Patel, Timothée Chalamet, Ariana Grande, Kid Cudi, Matthew Perry, and Tomer Sisley.

“While a majority of the cast had been loosely attached since the spring, it was DiCaprio who had been weighing the decision for some time, figuring out if he could do both this and his next Martin Scorsese film Killers of the Flower Moon. With schedules out for him to do both, Netflix officially can celebrate landing one of the best ensembles in recent memory. DiCpario had flirted with handful of Netflix projects but never fully committed and remained one of the few movie stars in the industry who hadn’t starred in project produced by a streamer.” [via Deadline]

Cast for our new movie “Don’t Look Up!” is announced. Can’t wait to work with all of these talented actors.#Netflix #Don’tLookUp! pic.twitter.com/rsGjcLuayF

In addition to Don’t Look Up, Leo also has Killers of the Flower Moon — his latest collaboration with Martin Scorsese that will see the Academy Award-winner star alongside Robert DeNiro — set to begin production next year.