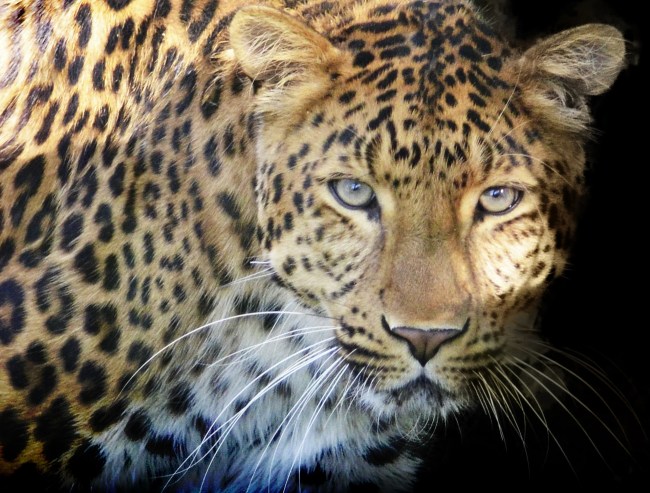 Carl Akeley was a lot of things. He was a sculptor, naturalist, inventor, explorer, but history primarily remembers him as the inventor of modern taxidermy. He’d dabbled in taxidermy throughout his early life but the creature he’s best remembered for is a 70-pound leopard in Somaliland.

There’s an AWESOME portrait of Akeley hanging at The Explorer’s Club in Manhattan which is where I was told this story by the TEC Director during a wild dinner where we were served tarantula and other peculiar creatures.

The leopard is often considered one of if not THE deadliest creatures in Africa because it’s such a silent hunter. Akeley was ambushed by the 70-pound leopard but instead of succumbing to death he literally stuck his hand down the leopard’s throat and choked it to death while the leopard tore his arm and face up. The dude survived by choking out the leopard and he went on to preserve that species and BOOM, now we have the ‘Jackalope’ at thousands of dive bars across America.

This clip was filmed at the Singita Ebony Lodge in the Sabi Sands Reserve in South Africa as an adult leopard who clearly knows its the one in charge just casually saunters around a restaurant looking for prey, strolling by humans as if they represent no more of a threat to the leopard than a mouse. The YouTube Channel ‘Kruger Sightings’ always has awesome wildlife videos and this is their latest:

This video was filmed by Erika Wiese, here’s what she told Kruger Sightings about the encounter:

“Myself, my uncle and two of my closest friends continued chatting on the deck after breakfast. The rest of the family had gone to their rooms to rest before the afternoon game drive. Vervet monkeys are one of the best ways to know there is a predator around, by listening to their alarm calls. This particular morning, vervet monkeys alerted us to the presence of a leopard that made its way onto the upper deck, crossed the lower deck and then made its way from the lodge to remain undetected.”

“The leopard was seen stalking a bushbuck in the riverbed in front of the lodge earlier. Singita’s staff is well-trained to deal with encounters of this kind and have strict safety protocols in place to ensure the safety of both staff and guests in these situations, we were, therefore, able to remain calm, silent and in awe of the beautiful creature that was so close to us.”

“We felt complete awe, reverence, respect and gratitude. What a rare experience to have such an encounter with a leopard. The situation proved that wildlife and people can live and interact with each other in harmony and respect.” It was as if the leopard knew that for this instance, it was in the human’s territory.

If you want to read more about Carl Akeley, how he modernized taxidermy, and the story about his brush with death at the hands of a leopard in Somaliland you can read this article about him over on the Field Museum website.