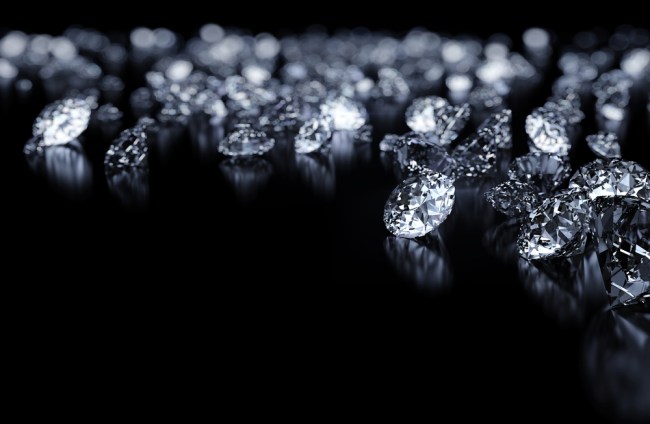 The 1,109-carat uncut Lesedi La Rona Diamond hit the auction block last year at Sotheby’s but nobody stepped up to the plate and purchased the insanely expensive diamond. The diamond itself was previously owned by Canada’s Lucara who found the gemstone in a diamond mind two years ago in Botswana. According to CNN Money, the name ‘Lesedi La Rona’ means ‘Our Light’ in Tswana, one of the native languages spoken in Botswana.

The biggest diamond found in more than a century sells for $53 million https://t.co/wLbapqhZzy pic.twitter.com/dMvpggVkrc

Canada’s Lucara had initially hoped that the 2nd largest diamond ever found would fetch at least $70 million at auction but when the dust had settled the stone sold for $53 million, which falls short of the record $63 million a smaller 813-carat uncut diamond sold for last year (a diamond also owned by Lucara).

The only diamond larger than this one, the diamond found back in 1905, was later chopped up into a bunch of smaller diamonds. Many of those diamonds can now be found on the crown jewels of the British Royal Family housed in the Tower of London.

It’s all but certain that this 1,109-carat uncut diamond will be cut up into smaller diamonds and repurposed into extravagant jewelry, but it’s unclear when that will happen. The company who purchased the Lesedi La Rona Diamond is Graff Diamonds, a UK-based company known for snatching up the world’s most gigantic diamonds.

Delighted to announce our latest acquisition – the 1,109ct Lesedi la Rona – the largest rough diamond in the world. #LesedilaRona pic.twitter.com/01b7FaYX0q

For more on this story, you can visit Bloomberg and or CNN Money.