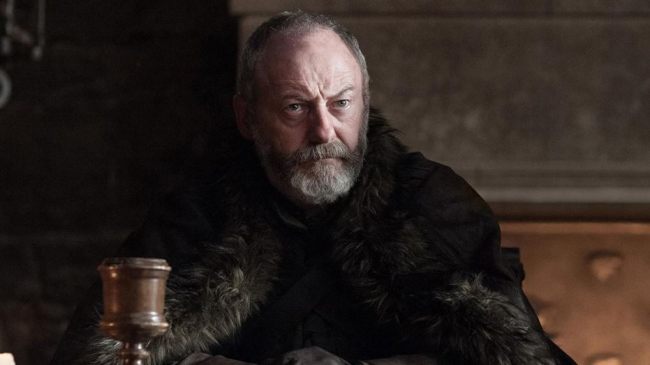 Well, well, well… another week, another story about the Game of Thrones showrunners being absolutely colossal clowns. This week’s story is provided by the lovely Liam Cunningham, who portrayed beloved smuggler Davos Seaworth for seven seasons on the iconic series.

Through Cunningham’s incredible acting, Davos Seaworth not only became one of the most trusted characters — he always seemed to be one of the few using logic and reason — but also one of the most well-liked, as his Big Grandpa Energy but a sense of compassion that Westeros desperately need.

But according to the man himself, showrunners David Benioff and D.B. Weiss almost ruined all of that hard work by turning Davos into, as Cunningham put it, a “perv”.

As the 59-year-old actor told EW, “The Double D’s” apparently wanted to have Davos develop a crush on Missandei — Daenerys’ right-hand-woman and Grey Worm’s lover. Luckily for fans of the show (not that it mattered because Benioff and Weiss still found a way to screw it all up anyway), Cunningham vehemently refused the idea, telling the pair that he’s “not fucking doing it.”

“I’m not fucking doing it. You’re not undoing my hard work engendering the sympathy of the audience to have him be a perv,” Seaworth said.

#GameOfThrones showrunner David Benioff wanted Davos to have a crush on Missandei, but Liam Cunningham fought him on it

Once again, this latest Thrones tidbit just shows the total lack of awareness that Benioff and Weiss possessed (as further evidenced by their subsequent attempt to make a series about what would’ve happened if the Confederacy won the Civil War), as they were clearly completely unaware that sullying with Davos’ inherent decency with a creep crush storyline would’ve been a catastrophic mistake and a deathblow to the character’s supreme likeability. Yikes.