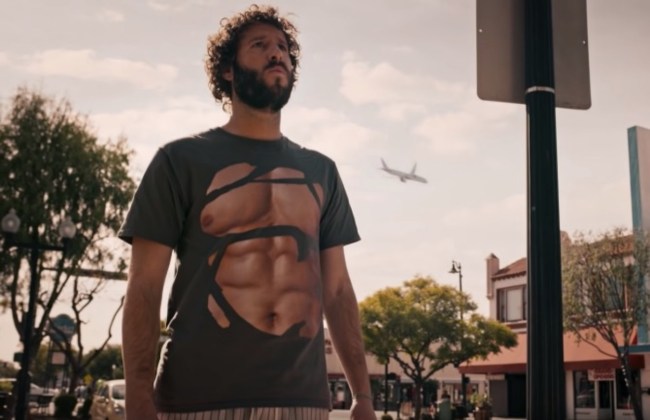 If you are a relatively new BroBible reader then you might be surprised to learn that this was the first website on the Internet to write about Lil Dicky. I had a personal connection when he dropped his ‘Ex-Boyfriend’ video years ago (April 26, 2013), my wife went to the University of Richmond with him and was a friend of his.

When he published his video on Facebook she messaged it to me and said it was great. I watched it and immediately realized the video was going to be an enormous hit so I posted it to Reddit and sent it to my old colleague Andy wrote shared it here on BroBible because I was busy that afternoon. The Reddit post rocketed to #1 on r/videos and then #1 on r/all with my highest karma ever for a Reddit post. His video went from a thousand or so views to over a million after 24 hours and the rest was history. He only had 1,100 fans on Facebook that day.

It’s been INSANE to watch his career explode after that day. When he dropped ‘Freaky Friday’ with Chris Brown and every other celebrity in Hollywood I was blown away. His manager, Scooter Braun, is also Justin Bieber and Ariana Grande’s manager. Side note: I sat with Scooter’s brother and his Brown University friends at a wedding in Rhode Island last Fall and they were awesome. They prank the ever living shit out of one of the friends by mailing him something cryptic ever few months for years and the psychological torture sounded hilarious.

Is there anyone on the planet who wouldn’t appear in a Lil Dicky music video at this point? Honestly, I wouldn’t be shocked to see the entire Democratic party show up in his next video followed by Trump in the one after that. He can get anyone he wants on his channel at this point thanks to Scooter Braun, it’s incredible. The man’s a bonafide A-Lister.

By the way, the proceeds from this video are going to charity and it’s Earth Day on Monday, April 22nd so take notice.