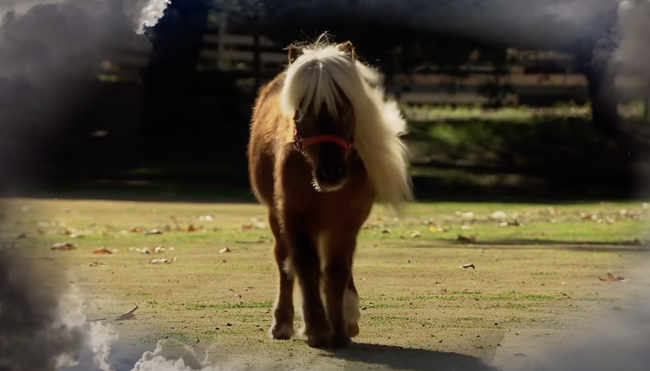 Parks and Recreation was littered with some fantastic running jokes that help make the show as beloved as it was; the hearings that perfectly captured the essence of town hall meetings, Tom’s countless ideas for side hustles, and references to Ben running his hometown into the ground as an 18-year-old mayor whose life was consumed by the infamous “Ice Town.”

However, I don’t know how you can argue any of them top what is objectively the best recurring gag the show had to offer: Li’l Sebastian.

For the uninitiated, Li’l Sebastian was an almost mythical miniature horse who was the pride of Pawnee before he tragically passed away and made Ron Swanson cry for the second time in his entire life (the first time was when he was hit by a school bus as a child).

As Leslie wrote in a touching obituary, the horse was not only “an animal, a legend, and a friend” but a “beacon of light” who was beloved by everyone who knew him—aside from been, who had seemingly still failed to grasp why he was such a sensation when the Parks and Rec cast reunited for a Very Special Episode last year.

Of course, that tribute had nothing on the one whipped up by Andy and the rest of the members of Mouse Rat, who performed the Elton John-inspired ballad “5,000 Candles in the Wind” at L’il Sebastian’s memorial service.

On Monday, we got one hell of a treat when the fictional group dropped a very real music video featuring the first official full-length version of the song ahead of the Mouse Rat album The Spin reports will be released at the end of August.

When you consider the video was produced by 720 Entertainment, I imagine it’s only a matter of time until Jean Ralphio gets arrested for fraud for abusing the multimillion-dollar PPP loan he definitely took out last year.

However, if the trial ends up being held in Pawnee, I’m sure he’ll be able to get in the good graces of the judge after showing he used some of those funds for the best cause possible.