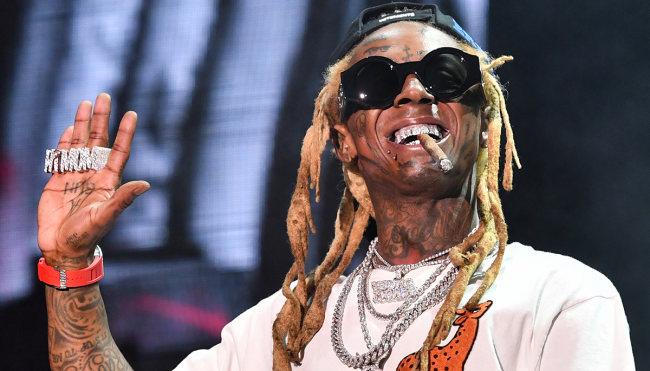 Lil Wayne wasn’t even old enough to rent a PG-13 movie at certain video stores when he signed his first record deal with Cash Money Records in 1995 after Birdman took the promising talent under his wing, and while dropping out of high school as a teenager to pursue a career in music usually isn’t the wisest decision, it’s safe to say it worked out pretty well in his case.

After spending his teenage years honing his skills on the mic and garnering a fair amount of hype with the three studio albums he dropped before turning 20, Lil Wayne had all of the momentum, talent, and ever-important connections he needed to break into the mainstream. In 2004, he did exactly that by bursting onto the scene like the Kool-Aid Man thanks to Tha Carter, an album that would mark the start of an insane run where he established himself as one of the most prolific hit machines in the history of hip-hop.

At his peak, Lil Wayne was basically untouchable. In addition to his ability to drop albums filled with certified bangers like “A Milli” and “6 Foot 7 Foot” on an incredibly consistent basis, he also churned out mixtapes and remixes at an absurdly prolific rate to a point where even his biggest fans had trouble trying to keep track of his discography—a problem the rapper himself apparently isn’t immune to.

Lil Wayne’s creative wordplay is undoubtedly one of the biggest factors in his success, and while you’re not going to find many people who describe his lyrics as “deep,” he has an uncanny ability to dream up wildly clever rhymes that make the listener instinctively say “Daaaaaaaaamn” out loud when they hear them—which is even more impressive when you consider he doesn’t write anything down before heading into the booth.

I’d argue “Real G’s move in silence like lasagna” is the most iconic line he’s ever recorded, but you also can’t overlook what he dropped when he teamed up with Kanye West for a remix of “Lollipop,” where he uttered, “Safe sex is great sex, better wear a latex/’Cause you don’t want that late text, that ‘I think I’m late’ text.”

In addition to being vintage Lil Wayne, those are some objectively fantastic bars—a sentiment the rapper seemed to agree with when Darnell Smith recited them during a recent sitdown between the two men where he flipped out after hearing them before expressing his disbelief after learning he was, in fact, the person who came up with them.

I don’t know if Lil Wayne’s love of mind-altering substances played a role in those lyrics being erased from his memory or if he’s simply come up with so many lines over the years that he doesn’t even try to remember them once he’s finished laying down the track, but regardless, I’m glad to see he was able to impress himself.