Lil Wayne Talks About Why He Rocks Nike Over Adidas, BMW Over Bentley, And Where To Find The Hottest Ladies 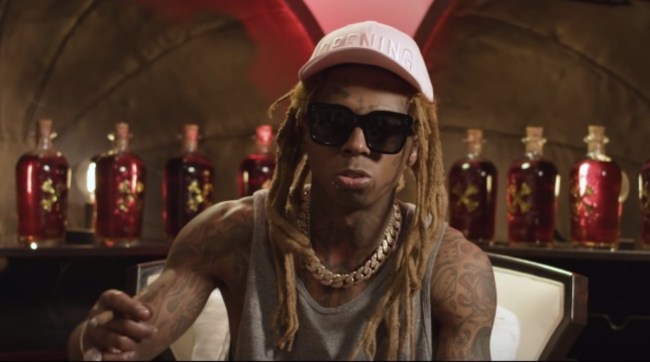 Lil Wayne is a well-traveled man. He has a net worth estimated at over $120 million and Lil Wayne‘s said to have brought in $19 million last year alone.

Lil Tunechi knows a thing or two about jet setting around the world and what to do once you’ve landed. For instance, he can tell you where to find the hottest women in America but his answer depends on whether or not you’re talking about climate or physical attractiveness. Weezy F also knows which country has the most attractive strippers in the world (hint: Europe).

In this interview with djvlad, Lil Wayne answers some rapid-fire questions including why he prefers Nike to Adidas, Michael Jackson to Prince, and BMW/Mercedes over Bentley. His answer about why he rocks Nike over Adidas was pretty surprising. I expected him to say something about style icons and looking up to his idols when he was a kid but it wasn’t about that at all, the reason has to do with picking up girls back in the day.

Amsterdam has the best strippers in the world, huh? I’ve never been to Amsterdam. I almost went a few months ago but we went to Barcelona for the week instead. I just feel like I’ve heard all about the smoke shops, legalized drugs, sex shows, but never before have I heard about the strip clubs in Amsterdam. Maybe I should travel more?

As for Nike vs. Adidas, that was such an innocent answer. It seems like the dude must’ve had some serious skills with a pen and pencil back in the day. At no point in my life did anyone ever ask me to draw something on their folder but I also got a C+ in ‘2-D Art’ in school because I can barely draw a fucking circle.

I’m not even kidding, I got a goddamn C on my report card in H.S. because I sucked at art class. But it sounds like Lil Wayne would’ve crushed it in that class.