Lil Wayne Walks Off Stage And Threatens To Quit Blink-182 Tour Because, Shockingly, It Isn’t His ‘Swag’ 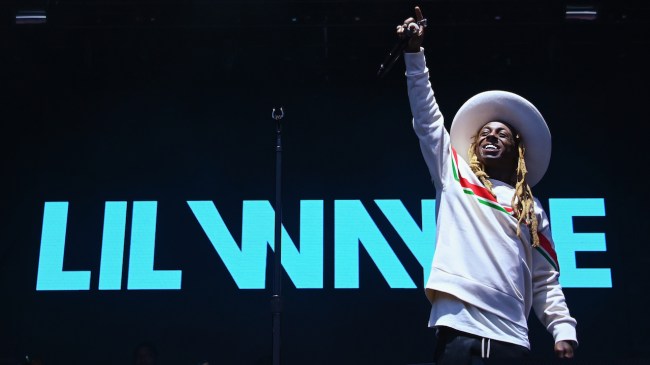 Back when Blink-182 announced they were going on tour with Lil Wayne, the first question on my mind — and likely everyone else in the known universe — was why?

Despite the fact that Lil Wayne has spent much of the past decade pretending to be a punk rocker with his equally shoddy skateboarding and guitar playing, the fact remains that his music, and therefore his audience, is literally nothing like the concert-going fans of Blink-182.

So, when they announced that mid-30s New Orleans rapper would be touring the country with the pushing-50s pop-punk rockers, everyone immediately knew it was a bad fucking idea. And guess what? It WAS a bad fucking idea, as just two weeks into the tour, Weezy F Baby (and the ‘F’ is for “Fuck this shit, I’m out”) is already considering quitting.

Just five songs into his set at Jiffy Lube Live in Bristow, Virginia on July 11, Wayne abruptly walked off stage because it was just wasn’t his “swag”:

“I just want the people to know, if you’re wondering, please forgive me, but I am so-not used to performing to a crowd… and there’s not too many… that’s not my swag. I’m not sure how long I’m gonna be able to do this tour, but make some noise for Blink-182 for including me anyway. This might be my last night, though. Let’s go,” Wayne says before walking off stage.

FULL VIDEO of #lilwayne saying this might be his last night on the #blink182 tour. He says "please forgive me I'm not used to performing in front of a crowd that looks like this" He says he doesn't know how much longer he can do this tour.
Gotta understand the man 🤷🏽‍♂️ @TMZ pic.twitter.com/PHwVsQqqS0

And off course, Twitter had some theories on why Wayne actually decided to drop out:

Whoever was responsible for putting this tour together needs to take a long and hard look in the mirror, as the remotely educated among us could see that this was going to be a disaster from a mile away.

As someone who has been to both a Blink-182 concert and a Lil Wayne concert, I can tell you that the two crowds were, uh, just slightlyyyyy different, to say the least.