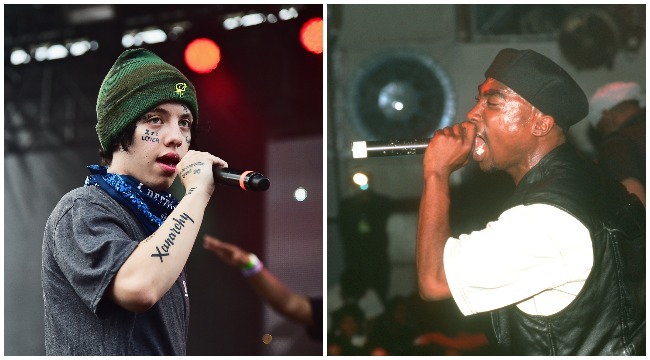 As a white kid from the suburbs with two loving parents and an inground swimming pool, I was personally appalled at Lil Xan’s 2018 comments about Tupac making “boring music.”

Tupac has a special place in my heart, as I was listening to How Do You Want It when I got my first HJ in the back of my mom’s Ford Taurus station wagon. Those backwards-facing seats were awful for motion sickness but ideal for adolescent tomfoolery.

Lil Xan, then 22 years old, was rightfully skewered for failing to respect his forefathers, with Waka Flocka imposing a strict punishment on the high school dropout.

Three months later, a man named Anthony Sanchez decided to confront Lil Xan at a 7 Eleven over his Tupac comments, calling him a “little bitch” before the California rapper pulled a gun on him.

Xan addressed the incident on social media shortly after it occurred.

“I was about to be attacked and resorted to having to use self defense, fuck all you old head ass bitches still talking bout that 2pac shit live you own life,” he wrote. “And stop picking on a kid.”

Lil Xan has since quit the prescription drugs that informed his stage name, and recently revealed on social media that he’s struggling with depression and self-worth.