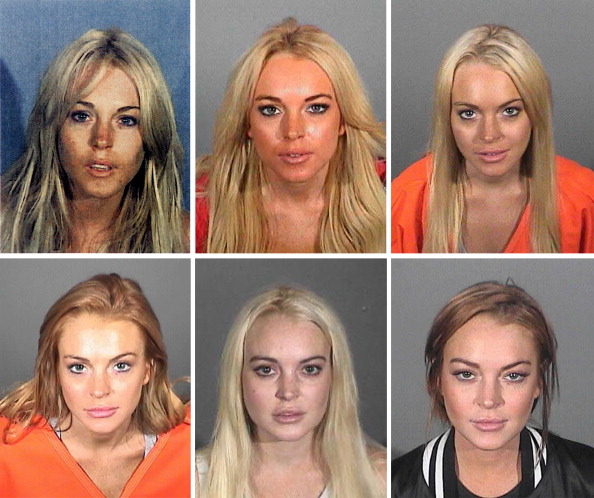 Big Lilo fan here. Well, kinda. I guess now that I think about it, no. I’m not. At some point, you have to give up on people. Fool me once, shame on me. Sideswipe forty different people with your car, I won’t expect much from your album. In a weird way, I can’t quit her though. If she somehow were to drop a #1 album, it might be like Tiger’s comeback. Right? From bleary-eyed DUIs and nude leaks to winning the Masters. I would definitely binge the Lindsay Lohan YouTube comeback compilations. Uplifting music over Parent Trap highlights, sad music over a mugshot compilation, and the Inception theme song building over clips of her learning new choreography for a sold-out world tour? Chills!

News out of the Linds camp today:

New York Post– Lindsay Lohan, whose between-album time frame is approaching “Chinese Democracy” length, dropped a bombshell for fans and the music world at large by announcing, via Instagram comment, that her new music will be released “end of feb.”

Lohan, 33, was responding to the Instagram fan account worldoflindsaylohan, who posted a shot of the singer onstage with the caption “hope we get LL3 this year.”

It’s the closest she’s come to a public confirmation of new music — stateside, at least. In August, she previewed a snippet of a new song, “Xanax,” on Virgin Radio Dubai’s “The Kris Fade Show,” promising to drop the full song “very, very soon.”

That’s a strange way to announce your first album in over a decade. That’s how I tell people I’m coming to perform in their town, because every individual ticket matters to me. I’d hand-write hallmark cards if I had their addresses, but people won’t give those to me out of fear. It’s social media grassroots promotion. Having 23 people come out instead of 22 is a big deal. But Lindsay still has 8.2 MILLION followers on Instagram. Come on! She’s announcing her album by responding to a fan account with 712 followers. Can’t we get her on Good Morning America? No? Banned for life? Still on house arrest? 48,000 remaining hours of community service? Damn.

Anyway, here’s hoping the album is great. Why the hell not.