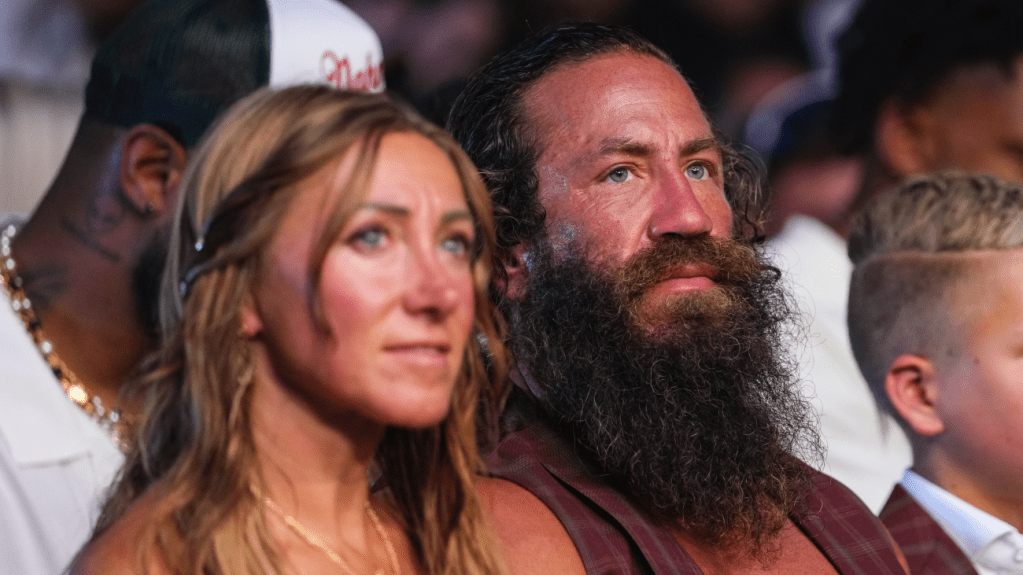 The Liver King is one of the Internet’s most popular figures these days. If you aren’t familiar with the Liver King, his real name (or former name) is Brian Johnson. He’s an absurdly jacked dude who goes rounding promoting a ‘primal’ carnivorous diet which he credits for his absurd physique.

He has amassed millions of followers across his social media channels (3.4 million on TikTok, 1.7 million on Instagram) and his popularity is growing by the minute. A recent viral video did reveal that the Liver King’s family might be growing tired of his shtick but his public popularity is soaring. Check out the reaction from his family here:

The Liver King is locked in for the #UFC280 Ceremonial Weigh-Ins 👑 pic.twitter.com/Ky5JZ4sWkg

He even shared a follow-up video for his haters where he clarified his stance on being a ‘cool dad’:

In a recent video, he called out the King of Podcasting Joe Rogan with a ‘kill them with kindness’ message. He spliced together a series of clips where he publicly praised Joe Rogan with clips of Joe Rogan being unnecessarily critical of Mr. Johnson. Here, Brian puts Joe Rogan on his Mt. Rushmore of the people he holds in the highest regard:

Joe Rogan: “Yes, I’m on testosterone. Unlike the Liver King I’ll tell you the truth.”

Liver King: “Four people I hold in the highest regard, right? First is George Washington, then we have Chuck Norris, we have Rocky Balboa, then we have Joe Rogan.”
…
…
Joe Rogan: “That guy is shooting all kinds of s–t into his system to achieve that kind of physique.”

Liver King: “But guess what I’m not surprised when I see a giant like Joe Rogan, that’s jacked and ripped, articulate as f–king hell doing what’s never been done before.”
…
…
Basically, the whole segment goes back and forth like that if you can’t watch. It’s Joe Rogan saying critical things about Brian Johnson while the Liver King does nothing but praise Joe Rogan for his success. I was raised in a ‘kill them with kindness’ household and this is an area I’m in 100% agreement on with the Liver King.

Here’s a recap of his weekend in Las Vegas

Isn’t he at all worried about skin cancer while never wearing a shirt?

Has the Liver King ever eaten people?

In this segment with Caleb Pressley, the Liver King explains that he ‘ate’ his former self when asked about cannibalism:

And for anyone out there wondering more about Brian Johnson, he’s 45 years old, lives in Austin, Texas, and reportedly makes a fortune doing all of this performative art on social media.