DNA Test Has Determined The Loch Ness Monster May Be A Giant Eel, Ruled Out Possibility Of Being A Plesiosaur 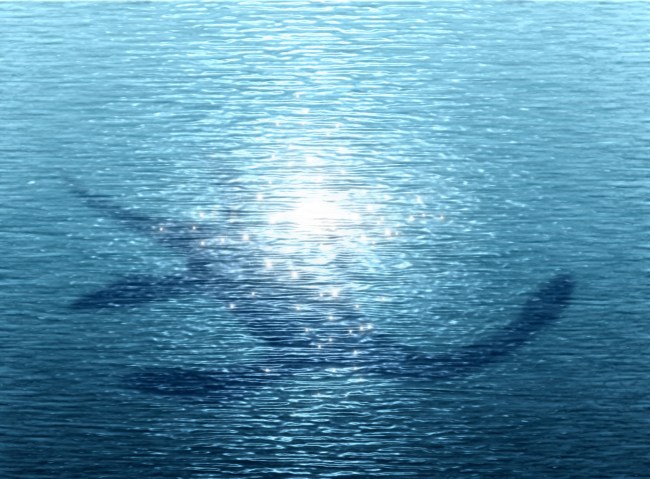 I love a good conspiracy theory as much as the next guy. As much as I know that Nessie isn’t alive and well in the waters of Loch Ness, I want to believe that the Loch Ness Monster is real and out there cruising around Scotland and surprising the only tourists left with really really shitty cameras.

A few years back, these photos emerged of the Loch Ness Monster and they seemed legit at the time. Legitimate enough to at least have a lot of people believing it was Nessie. Until everyone, myself included, realized it was most likely three seals swimming and photographed in perfect unison.

Flash forward to today’s breaking Loch Ness Monster news and we have more clarity than ever on what type of creature Nessie might actually be. Researchers from New Zealand did extensive DNA tests using water samples from Loch Ness to catalog all of the living species in the water and in doing so they were able to weed out the species the Loch Ness Monster may or may not be.

One of the creatures the Loch Ness Monster has often been rumored to be is an ancient plesiosaur, a lizard dinosaur from around 203 MILLION years ago that bears a striking resemblance to what people often think the Loch Ness Monster looks like. Well, these DNA results ruled that out. There’s ZERO DNA evidence of a plesiosaur in Loch Ness. Likewise, there was no evidence of large sturgeon, another creature often associated with Nessie.

Digging deeper, they ruled out shark DNA so the Loch Ness Monster isn’t a Greenland Shark but they did find A LOT of eels and the researchers believe Nessie could or could’ve been a giant eel, according to this report from the BBC.

Prof Neil Gemmell, a geneticist from New Zealand’s University of Otago. said: “People love a mystery, we’ve used science to add another chapter to Loch Ness’ mystique.
“We can’t find any evidence of a creature that’s remotely related to that in our environmental-DNA sequence data. So, sorry, I don’t think the plesiosaur idea holds up based on the data that we have obtained.”

“There is a very significant amount of eel DNA. Eels are very plentiful in Loch Ness, with eel DNA found at pretty much every location sampled – there are a lot of them. So – are they giant eels?
“Well, our data doesn’t reveal their size, but the sheer quantity of the material says that we can’t discount the possibility that there may be giant eels in Loch Ness. Therefore we can’t discount the possibility that what people see and believe is the Loch Ness Monster might be a giant eel.” (via the BBC)

Since the data doesn’t reveal the size of the eels they found, just the presence of the eels, it is possible that there could be some truly giant ones down there, I suppose. The Loch Ness Monter being a giant eel is as good of an explanation as any but after seeing that photograph of the three seals swimming from a few years back I’ve been convinced ever since that’s what the original monster was, nothing more than an optical illusion caused by some creatures moving in unison or a weird tree hitting a water current.

The 250 samples were taken all over Loch Ness at varying depths and they were, in theory, able to capture some DNA from every living creature there. If Nessie was alive then they would’ve grabbed soem of that Dino DNA and solved the mystery.

So, the Loch Ness Monster is either dead and long gone or it’s one of these creatures they’ve cataloged inside of Loch Ness. For now, I’ll choose to believe that Nessie figured out how to walk on land and has since moved on to another Loch.