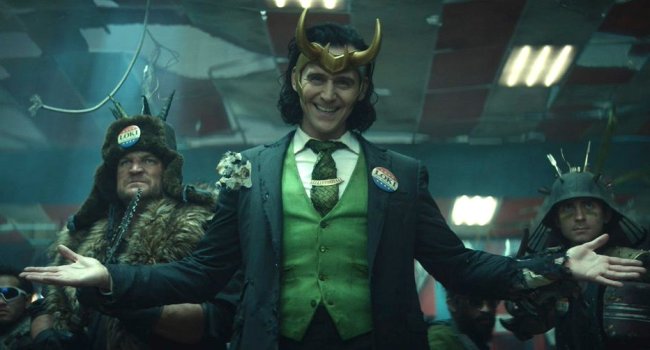 While Loki, the latest Marvel Cinematic Universe series to hit Disney+, was far from an R-rated romp, the show was admittedly more mature than past MCU entries, particularly when it came to their two recent television outings, WandaVision and The Falcon and the Winter Soldier. As it turns out, though, the series was almost even more grown-up as the writers apparently considered making the God of Mischief a total horn dog.

Warning: spoilers for season one of Loki will follow.

As Marvel always does following the conclusion of one of their original MCU series, the studio released a documentary about the making of the project, Assembled: The Making of Loki, on Disney+.

While the hour-long doc is chock-full of interesting tidbits for Marvel Cinematic Universe fans, one of the most interesting details is that early on in the development, the writers and creators toyed with the idea of Loki having tons of sex.

During a brief scene that features head writer Michael Waldron, a whiteboard can be seen in the background that details an eight-part montage that never came to be. And in that hypothetical montage, Loki was set to have “sex” and then “more sex”:

6. Alone in the throne room. He’s taken power but is infected with thoughts that it isn’t “real” because of TVA’s control over free will

7. Returns to the TVA, gauntlet’s power down, Mobius is waiting for him

Obviously, while the sex montage never came to be, Loki did establish that its beloved main character is bisexual, opening the door to all sorts of multiversal sexual shenanigans. Live your life, Loki.