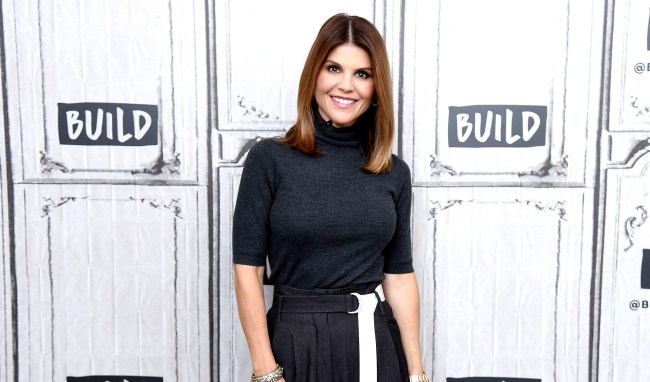 Former Full House star Lori Loughlin is reportedly “scared to death” of catching coronavirus while serving her time in federal prison after pleading guilty to bribing her daughters’ way into the University of Southern California.

As part of her plea deal, Loughlin agreed to serve two months in prison, pay a $150,000 fine, and perform 100 hours of community service in return for pleading guilty to one count of conspiracy to commit wire and mail fraud.

Loughlin’s husband, Mossimo Giannulli, pled guilty to two counts, conspiracy to commit wire and mail fraud and honest services wire and mail fraud, and agreed to serve five months in prison, pay a $250,000 fine and do 250 hours of community service.

Both Loughlin and Giannulli will be officially sentenced on August 21.

Regardless of how long they end up actually spending in prison, Loughlin is very concerned about her health and well-being while behind bars, according to Us Weekly.

The actress, 55, is “scared to death of catching COVID-19, as the virus is ravaging the federal prisons in California,” a source reveals in the new issue of Us Weekly.

While Loughlin has “expressed remorse” for her actions, a judge will ultimately determine how much time she spends behind bars. “She’s met with the official who’s preparing her sentencing report, which the judge will use for guidance as to how long she’ll serve,” the insider says.

She’s not wrong to be concerned.

California has not seen much of a slowdown when it comes to new coronavirus cases.

In fact, the Los Angeles Times revealed on Thursday, “California reported 4,291 new COVID-19 cases on Wednesday, a new single-day record and the first time the state has broken the 4,000 barrier since the pandemic began.”

Another recent article published by the Guardian stated, “More than 3,200 prisoners in California have contracted Covid-19 and at least 16 inmates have died, in a public health catastrophe that advocates say was both predictable and preventable.”

Throw in the fact that Joe Exotic of Tiger King fame recently said he will be dead inside of three months if he doesn’t start getting proper medical care while in the slammer, and Loughlin should be scared.