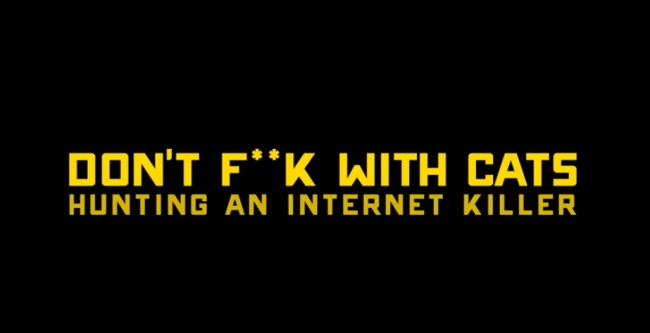 Note: If you haven’t watched the recent release of Netflix’s Don’t F*** With Cats: Hunting An Internet Killer, you probably shouldn’t be here.

But if you’re looking to avoid the trauma that comes with watching one of the most disturbing docuseries in existence, I will provide you with the relevant information for context.

These sadistic videos prompted internet sleuths to band together to try to capture the perpetrator using clues in the videos: the vague profile of Luka’s face, the wolf blanket in his room, the yellow vacuum in the background, etc.

Internet detectives recognized Magnotta was a danger far before authorities did, which allowed the sociopathic narcissist to evolve his evil, ultimately killing and dismembering Chinese International student Lin Jun using a makeshift ice pick in a twisted homage to his beloved film Basic Instinct.

He then uploaded a 10-minute video of the killing online, titling it 1 Lunatic 1 Ice Pick, before mailing Lin’s body parts to political headquarters around Canada.

Luka Magnotta has morphed intae Tiesto in the jail. pic.twitter.com/fzK87VJJst

But from the sound of his life in prison, the man who stabbed an innocent person 37 times and chopped his body up in 10 different pieces, is living a cushy life in a Canadian prison.

In letters obtained by Toronto Sun in 2015, Magnotta wrote: ‘Our doors are open 90% of the time so for me I feel like I’m in a university setting.’

‘I just bought Celine Dion’s album and a lot of others. I have a stereo and a portable for when I suntan outside,’ he added. [via]

Magnotta speaks glowingly of playing hockey and tennis and bragged about being sent chocolate on Valentine’s Day from admirers before claiming it’s ruining his diet.

“I’m outside the majority of the time; I play a lot of video games,” he told Brian Whitney, a journalist who co-authored a book with Magnotta’s mother, Anna Yourkin, entitled, My Son, the Killer.

“We have movie nights. We all have our own TVs. I have painting class and I exercise a lot. I practice language studies. People need to be proud of their accomplishments. Know your value and share it with everyone.”

According to Metro, the killer has been decorating his cell with photos of Marilyn Monroe and from ‘admirers’ who communicate with him. He has even gotten married to fellow inmate Anthony Jolin, who he met on a dating website called Canadian Inmates connect back in 2015. Jolin is also serving a life sentence for stabbing an inmate to death while serving time for another offense.

As a married couple, they will be entitled to ‘trailer visits’ together.

Daniel Benson, a social integration worker at Pont-Cartier Penitentiary in Canada told TVA Nouvelles: ‘I do not want to make any value judgment on Mr. Magnotta, but with the offense he committed … leaving that person alone with his spouse unattended for 2-3 days, I have a certain (unease).’

You and the rest of the world, pal.