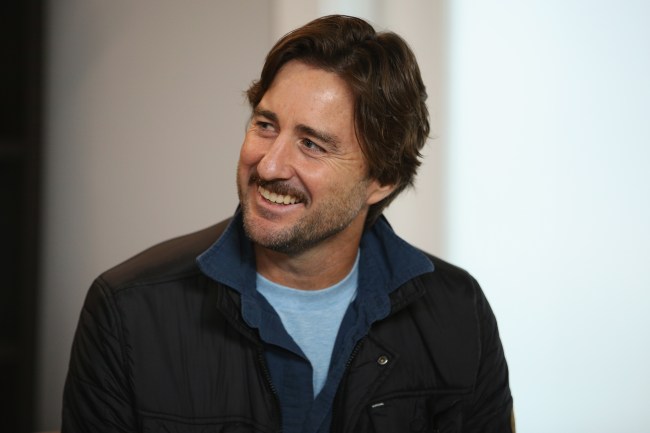 It’s really nice when a Hollywood actor who seems like a really good guy turns out to be a really good guy when the cameras are off and there’s nothing to gain. In an industry saturated with assholes and frauds, the truly good ones should get their due shine.

And today we should all be aware of the good deed done by Luke Wilson.

According to E News, the 46-year-old played hero in a fatal car crash in California on Tuesday, in which the driver of a Ferrari passed away. The surviving passenger of the crash was PGA Tour golfer Bill Haas, who sustained non-life threatening injuries.

According to KTLA, Wilson’s Toyota SUV was sideswiped by the Ferrari which then collided with a BMW. After the collision, a witness named Sean Heirigs claimed Wilson got out of his vehicle and helped a 50-year-old woman who was pinned in her BMW, which flipped upside down. Her leg was reportedly pinned somewhere around the dashboard and steering wheel and she was hysterical.

“She was crying for help. She obviously didn’t know what was going on. She was very distraught,” Heirigs told People Magazine.

Heirigs, who claimed Wilson “was definitely taking control” of the situation, added:

“At one point, [Wilson] was like, ‘Let’s get her out of here, it smells like smoke,’” says Heirigs. “You don’t know if it’s going to blow up or not. So, I reached in through a window to calm her down. Luke went around the back, to the trunk of the car. We pried it open, she was able to unbuckle herself, and Luke started to pull her out from the back. We then both carried her to the curb.”

“He was calm. He was definitely a hero, [a] super nice guy,” he says. “When it was all done, we hugged each other.”

Props to Wilson and Heirigs for being potentially life-saving Good Samaritans.