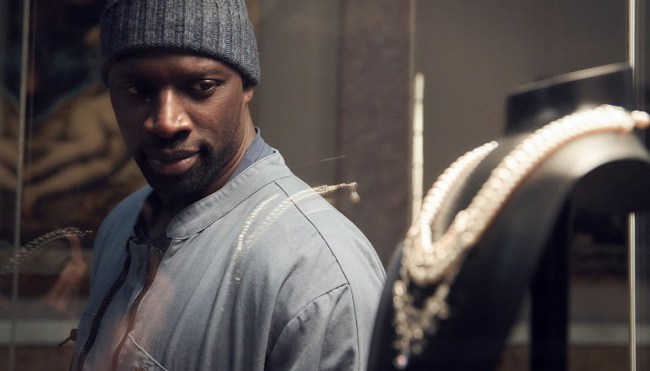 Over the past few years, Netflix has continued to rake in a massive amount of money with the help of a number of foreign language shows centering around massive amounts of money, including the breakout hit that was Squid Game and caper-centric series like Money Heist and Lupin.

That last title was one of the more pleasant surprises I’ve stumbled across while aimlessly scrolling through the platform in recent memory; for the uninitiated, the French show is a modern take on the tales penned by author Maurice Leblanc in the early 20th century that centered around a “gentleman thief” dubbed Arsene Lupin.

The show’s main character takes inspiration from those stories while staging a number of complex crimes and heists, and one viewer attempted to mimic his escapades after staging an ultimately unsuccessful robbery in Italy last year.

Now, Lupin has treated us to one of the most ironic crimes you’ll ever encounter, as Variety reports a group of 20 thieves staged a heist of their own on the set of the show outside of Paris last month. The crew apparently threw a number of large fireworks before descending on the location and stealing equipment worth an estimated $330,000 (Netflix says no members of the cast or crew were injured during the incident).

It appears this is becoming a bit of a trend, as thieves in England were also able to make off with $200,000 worth of antique props after raiding the set of The Crown a couple of weeks before Lupin fell victim to a similar fate.