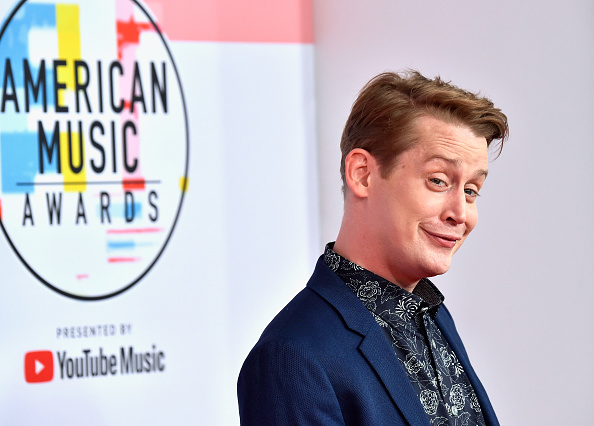 What’s the point of having a little brother if you don’t mercilessly mess with them? Macaulay Culkin understands the importance and fulfillment that f*cking with your little brother provides. That means trolling his little brother even when he up to win an award at the Golden Globes.

Kieran Culkin was a nominee at the 2019 Golden Globes and his brother Macaulay just found out about it on Sunday night as a joke. During the Golden Globes broadcast, Macaulay tweeted, “HOLY SH*T KIERAN IS NOMINATED???

Getting ready to watch some Globes in a few hours. Globes of the Golden variety. #GoldenGlobes2019

My brother looks so handsome at the #GoldenGlobes pic.twitter.com/drWsLlslLh

Macaulay posted a photo of Henry Winkler and said, “Oh my god, there he is! Hi, bro!”

But if you squint at the photo, you can sort of see Kieran in the background.

Macaulay asked his lil bro to get Lady Gaga to be friends with him on Twitter.

Whoa! Kieran has such good seats! Dude, ask Gaga why she isn't following me on Twitter! #GoldenGlobes

Then Macaulay presented a MasterClass on how to mess with your little brother. Kieran, who is two years younger than Macaulay, has been acting just as long as his more famous brother. Many people do not know this, but Kieran was in Home Alone and Home Alone 2 as Kevin McAllister’s Pepsi-guzzling little brother Fuller.

Kieran was also in Father of the Bride, The Mighty, and more recently in the FX series Fargo and the hit HBO TV series Succession (Which is an excellent watch IMHO). Macauly expertly trolled his brother with this A+ tweet.

Man, I should really answer his calls more often. Thanksgiving is going to be really awkward this year. #GoldenGlobes

Then Macaulay tells the world that he was rooting for Henry “The Fonz” Winkler to win the Golden Globe Award for “Best supporting actor in a series, limited series or motion picture made for television” instead of his brother for his role as Roman Roy in Succession.

This show is rigged!!! I was totally pulling for Winkler. #GoldenGlobes

(No one tell Keiran he didn't win)

Neither Winkler or Culkin won, it was Ben Whishaw from A Very English Scandal who took home the hardware. The award for “Best older brother picking on his little brother” should definitely go to Macaulay Culkin.