MacKenzie Bezos, Who Has A Net Worth Of $37 Billion, Vows To Donate Half Of Her Wealth To Charity 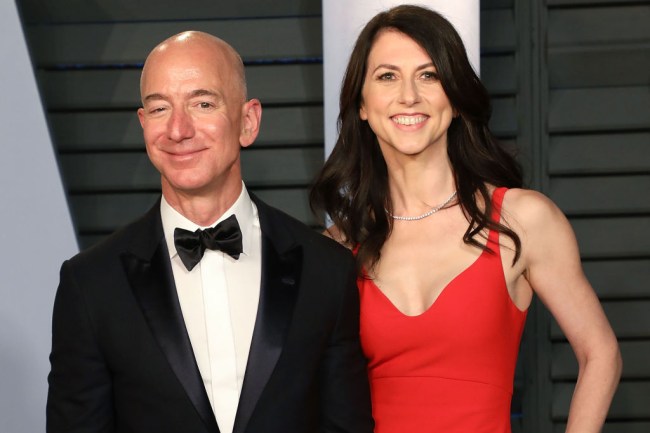 MacKenzie Bezos is fresh off her divorce from Amazon CEO Jeff Bezos where she was awarded a ton of money. Only months later, MacKenzie has decided that she will donate half of her wealth to charity, which is absolutely incredible.

MacKenzie published a letter on Tuesday where she announced that she would donate at least half of her wealth to charity. MacKenzie said she will sign the “Giving Pledge,” which is a “commitment by the world’s wealthiest individuals and families to dedicate the majority of their wealth to giving back.”

“My approach to philanthropy will continue to be thoughtful,” MacKenzie wrote. “It will take time and effort and care. But I won’t wait. And I will keep at it until the safe is empty.” MacKenzie, who ranks 22nd on the Bloomberg Billionaires Index, admitted that she has “a disproportionate amount of money to share.”

The Giving Pledge was started in August 2010 by Bill and Melinda Gates and Warren Buffett. The philanthropic campaign brings America’s wealthiest individuals together to give more than half of their wealth away. There have been 204 individuals and families to sign the Giving Pledge including Brian Acton, co-founder of WhatsApp; Paul Sciarra, the co-founder of Pinterest; and Brian Armstrong, the CEO of Coinbase, a cryptocurrency exchange. Jeff Bezos has not signed the Giving Pledge.

Microsoft founder Bill Gates, who has a net worth of $102 billion, said he will only leave his children a “minuscule portion” of his massive wealth. Investor Warren Buffett has a net worth $83.2 billion.

“The generosity of this group is a reflection of the inspiration we take from the many millions of people who work quietly and effectively to create a better world for others, often at great personal sacrifice,” Buffett said.

Before you criticize MacKenzie Bezos for giving half of her massive wealth because she has $37 billion, what percentage of your wealth are you willing to give to charitable causes?