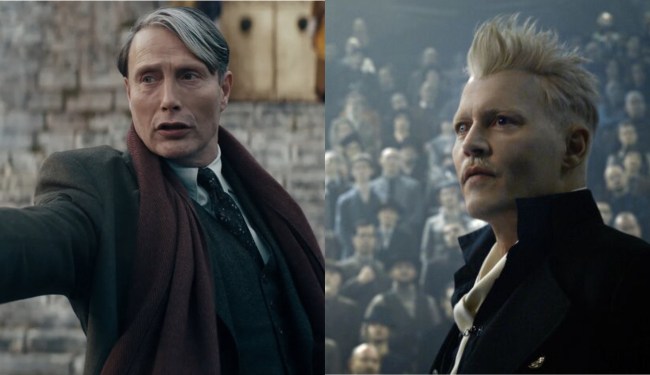 Now that Johnny Depp is well and truly on the career comeback trail, Mads Mikkelsen — the actor who took over Depp’s role of Grindelwald in the Fantastic Beasts franchise — believes that the newly-exonerated former A-list could reclaim his villainous blockbuster part.

Essentially the Voldemort of the prequel franchise, Depp debuted as the character at the end of 2016’s Fantastic Beasts and Where to Find Them and was then featured in its 2018 sequel Fantastic Beasts: The Crimes of Grindelwald.

Given his legal issues, though, Warner Bros. ultimately opted to recast the role and hired Mikkelsen to take over the part.

“Obviously, well, now the course has changed — he won the suit, the court [case] — so let’s see if he comes back. He might. I’m a big fan of Johnny. I think he’s an amazing actor, I think he did a fantastic job,” Mikkelsen said in a recent interview with Deadline.

Mikkelsen also detailed the pressure he felt in taking over the role from Depp:

“I could not copy it. There was no way I could just copy it, because it’s so much him. It would be creative suicide. So, we had to come up with something else, something that was mine, and build a bridge between him and me. So, yes, it was intimidating. His fans were very, very sweet, but they were also very stubborn. I didn’t interact too much with them, but I could understand why they had their hearts broken.”

Unfortunately, the fact is — without or without Depp — the Fantastic Beasts franchise is a total mess and Depp’s career would likely be better served if he avoided returning to it.