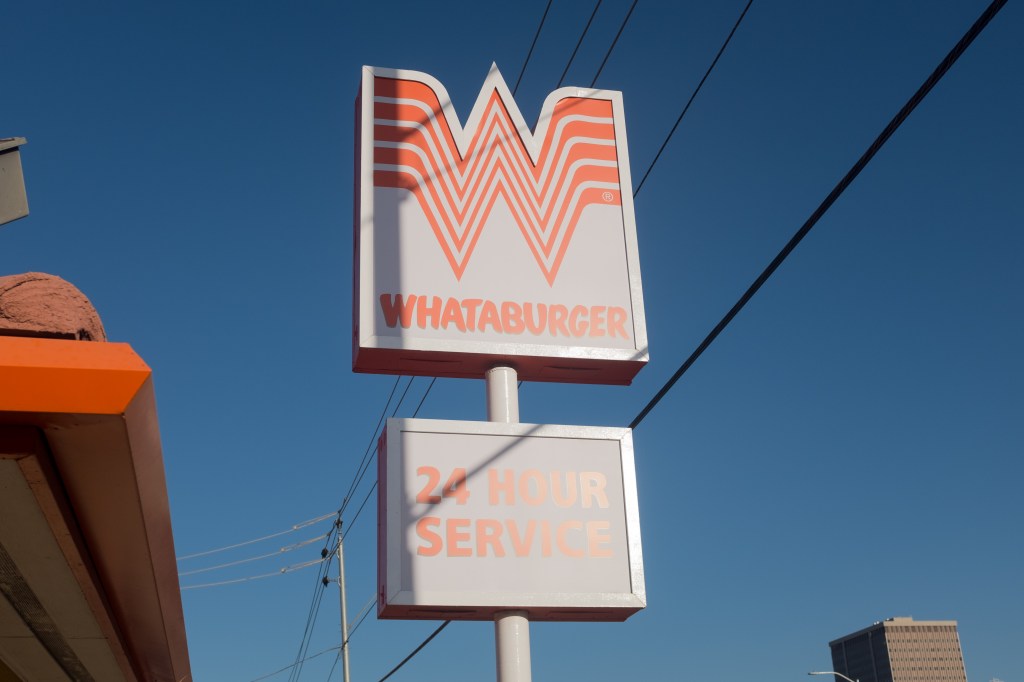 Listen up Kansas City residents, I get it. I love Whataburger with every fiber of my being. I lived in Texas for a year and then in Tallahassee for four years and in both places you’re never far from a Whataburger. It was a staple of my diet. I miss their burgers so much I once planned a longer layover at the Dallas airport just so I’d have time for Whataburger.

But waiting in these lines on opening day? That’s insanity.

Even if Kansas City Chiefs starting quarterback Patrick Mahomes is part of an ownership group opening up THIRTY Whataburger locations to the area and this means supporting your QB. It’s still insanity to wait in those lines. Go there in the middle of the night!

The new Whataburger is opening in the Lee’s Summit part of Kansas City and footage of the lines on social media are astounding. Many people can’t fathom waiting in a line like that for Whataburger. Here we have some footage of the traffic, tweets from Whataburger, and reactions to the whole circus.

Happening Now: The line for the new @Whataburger in Lee’s Summit is growing. It’s almost to I-470. Plz use caution & be courteous. @cityofLS #kctraffic pic.twitter.com/jRxSnRpSFV

The line of cars outside @Whataburger for the grand opening of its @cityofLS restaurant. First in the metro. This is the view of Douglas Street, @LSPDPIO has blocked off one southbound lane specifically for Whataburger customers. I don’t see @PatrickMahomes’s car…yet pic.twitter.com/gTpxdZn3KU

The reactions to that traffic and the Whataburger opening in Kansas City are pretty good.

Rumor has it that the meat contains 1%. Mahomes sweat, I’m headed there now

Apparently Chiefs vs. Raiders has taken a backseat to Whataburger vs. Sonic in Kansas City.

No fast food is worth that wait. Hell, hardly any food is.

Burning more carbon than calories that’s for sure.

They are so so SO MUCH MORE than ‘cheap hamburgers’. They are phenomenal.

They are just cheap hamburgers people. Reminds me of when IKEA opened, people went nuts to buy cheap furniture.

As someone who’s spent an excessive amount of time in Texas, the whole meltdown Kansas City is having over the first Whataburger is so wildly entertaining to me. I cannot stop watching the madness unfold.

I’ll have my DoorDasher wait in this line

Excitement level of a small town getting a Dairy Queen= Kansas City getting a Whataburger https://t.co/oCumlJvvB4

There are few things I hate as much as waiting in line. It’s awful. Even when I’m in my car and can fire up a podcast. Waiting in any line longer than 10 minutes is my idea of personal hell. Waiting in line for hours for Whataburger would cause me to lose my actual mind. But shouts to anyone out there with enough patience for that line.

I’ll leave you with this glorious 80s Whataburger commercial: