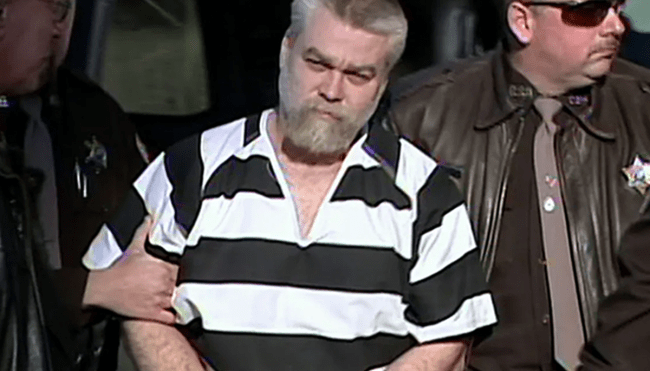 In 2013, Netflix burst onto the original content scene with a bang with the release of House of Cards. It marked the start of an impressive run where the majority of the programs it pumped on in-house were basically appointment viewing, which eventually gave way to the era we currently live in where you couldn’t keep up with them even if you tried.

Two years later, Netflix got in on the ground floor of the true-crime craze that would soon sweep the nation by unveiling its own take on the Serial formula with Making a Murderer. The documentary provided a fascinating look at the slaying of Teresa Halbach in 2005 and the trainwreck of an investigation that ensued, which ended with Steven Avery and his nephew Brendan Dassey being sentenced to life in prison despite the pretty shaky evidence that played a role in their conviction.

The examination of the saga was responsible for sparking another one that’s unfolded over the last five years filled with just as many twists and turns as the documentary. Some of it was documented in the second season of Making a Murderer, which revolved around the multiple (and ultimately unsuccessful) attempts to get Avery a retrial and free Dassey, who was poised to get the chance to go to WrestleMania before a federal court blocked his release.

Those attempts have largely hinged on the new evidence presented by attorney Kathleen Zellner, who’s pointed the finger at a number of suspects she believes may have had a hand in the crime. It does seem like the fact that she’s floated multiple theories concerning the actual culprit could hurt her case, but according to People, she might have been onto something with one of them based on a witness who recently came forward.

In 2017, Zellner suggested Dassey’s brother Bobby may have framed him and his uncle for the crime, and earlier this week, she said a delivery driver named Thomas Sowinski shared a story that could suggest there was indeed a cover-up in a motion recounting his experience:

“After Mr. Sowinski drove by Bobby and the other individual and delivered the papers to the Avery mailbox, he turned around and drove back to the exit. When he reached the RAV-4, Bobby attempted to step in front of his car to block him from leaving the property.

‘Bobby Dassey looked me in the eye, and I could tell he was not happy to see me there. I knew that Bobby Dassey and the older individual were doing something creepy.'”

Sowinski eventually reached out to the Manitowoc Sheriff’s Office a few days later but was apparently told, “We already know who did it,” which sounds about right when you consider law enforcement seemed to have a vendetta against Avery that made his guilt a foregone conclusion in its eyes. As a result, Zellner argues:

“The suppressed evidence from Mr. Sowinski was favorable to the defense and the material to pivotal issue in the trial because it would have (1) destroyed entirely the creditability of Bobby as the State’s primary witness; (2) established that Bobby was directly involved in the murder of Ms. Halbach; and (3) established that Bobby planted evidence to frame his uncle, Mr. Avery.

In the absence of the suppressed evidence presented in Mr. Sowinski’s affidavit, Mr. Avery did not receive a fair trial.”

If history is any indication, this probably won’t amount to anything, but it’s certainly not going to hurt to try.