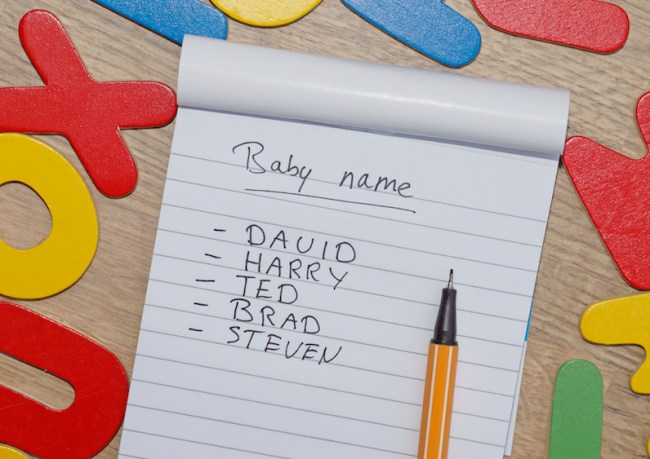 Everyone understands the meaning of the name Karen. Say the name and people will conjure an image in their head. We’ll probably all imagine a woman remarkably similar and she’ll be complaining about something.

But what’s the male version of the name Karen?

Some people believe the male Karen is Greg, or possibly Keith or Kyle or even Chad.

Others believe Karen’s male equivalent is Ken. Frank is another popular option.

A Redditor wanted to find out the answer so he analyzed 70 years of data on baby names in the US to come up with an answer. He even created a handy chart to show his work.

I analysed 70 years of baby names in the US to decide what to call a male Karen. It’s Terry. [OC] from dataisbeautiful

The answer is Terry.

Redditors gave their opinions on the finding. Some defended the Terrys of the world while others felt the data must be true.

“In Britain, a Terry is almost always a man of gruff demeanour who has just climbed down a scaffold with a lit cigarette in his mouth, on his way to drink his seventh tea of the morning, all with two sugars, none of them made by him,” said one commentor.

“As the level of Karens rose and fell, the level of Terrys followed suit to keep the forces of good and evil in balance. I mean come on – Crews, Pratchett, Gilliam, Jones, Bradshaw, Gross – there are so many excellent Terrys out there. Clearly Terrys are a force for good in the universe,” claimed abother reader.

For one Redditor, the news hit incredibly close to home.

“You ever have a day where Reddit appears to be talking directly to you? My parents are Karen and Terry…”

I personally don’t know any men named Terry but I’ll now be suspicious the first time I meet one.