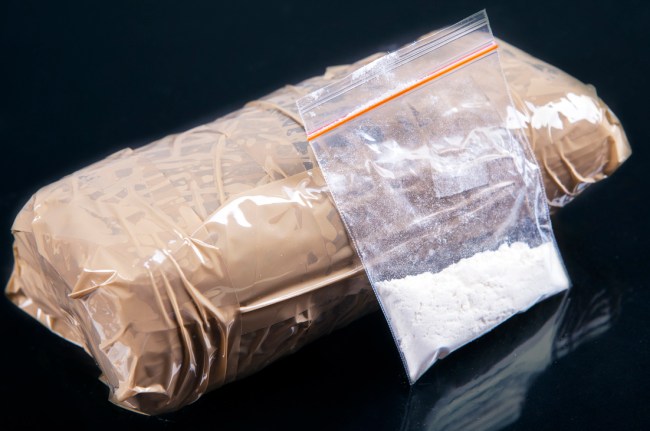 The phrase “You had one job!” can trace its origins back to Ocean’s Eleven and eventually became a meme used to describe occasions where people were assigned a fairly simple task that they somehow manage to screw up in a fairly disastrous manner—which is what a man in Ireland named Darren Barnwell did a couple of years ago when he hopped on a train in Dublin accompanied by a paper bag containing €40,000 (around $47,000) worth of cocaine.

The mission that he chose to accept was pretty straightforward, as all he had to do was transport the blow from Point A to Point B. However, according to The Irish Times, he ran into a bit of a hitch after getting off at a station in Cork before realizing he’d somehow misplaced the bag and understandably found himself panicking a bit after security staff denied his request to get back on and try to track down the package.

After examining his options, he apparently decided the best route to take was to ring up the police to report the missing bag despite the sizeable amount of the decidedly illegal substance it contained. While he didn’t identify himself, a detective says they believe he placed the call around 2 PM before realizing he’d actually misplaced it at a nearby shop, where employees reunited him with his cargo.

However, Barnwell was apparently still fairly shaken up when police arrived on the scene, and for reasons I can’t possibly fathom, he allowed them to take a peek into the bag and promptly found himself arrested and charged with possession with the intent to traffic. He pleaded guilty and received a four-year sentence that was ultimately suspended because of his clean record and has managed to avoid any more legal trouble since then.

Unfortunately, he was unable to stay out of the news when the incident (which occurred in 2018) came to the attention of the press earlier this week, but hey, at least he managed to stay out of prison.