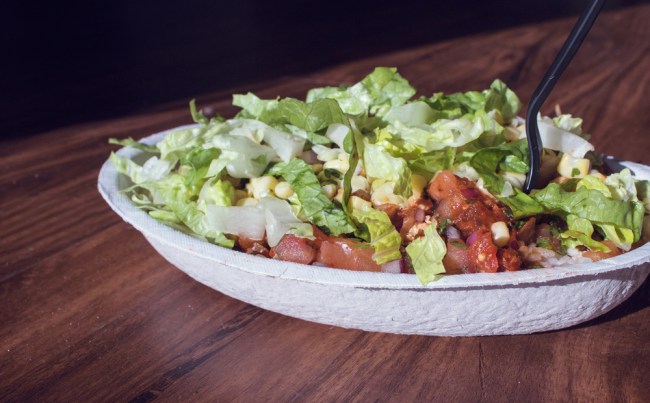 Last year, a man named Bruce Wayne dressed up like Batman and walked into a Chipotle in Ohio for one final faceoff against the foe he’d been fighting for over a year: Devin Cunningham, the man who held the record for eating at the restaurant for the most consecutive days. After learning someone had previously patronized one of the chain’s locations for 425 days in a row, Wayne placed an order on October 30, 2016 and continued to do so every single day before finally claiming the title for himself earlier this year.

Chipotle acknowledged Wayne’s achievement with a cape and a pair of cufflinks in addition to donating the amount of money he’d spent on food up to that point to a cancer charity, and the creature of habit said that he didn’t have any plans to stop eating there at any point in the immediate future. Sadly, all great journies must come to an end at some point, and it looks like Wayne has decided it’s time to expand his culinary horizons after a streak of 500 days.

According to KATU, the man who was basically destined to be a Batman fan from birth pulled out his finest suit on Thursday and made the trek to his store of choice in Tiffin before ordering a mini quesadilla to officially end the streak before jumping on Instagram to thank everyone who made it possible in the first place.

#Day500 What a perfect end to an amazing journey!!! So happy my friend “Batman Jr.” was able to make it. ❤️ Thank you SO very much @chipotlemexicangrill for memories that will last forever! EVERYONE at the Tiffin store is a class act! ❤️ Peace and Love, to everyone; ALWAYS!!! #ChipotleLife #BruceWayneIsTheChipotleAmbassador 😎

Not all heroes wear capes, but this one did.