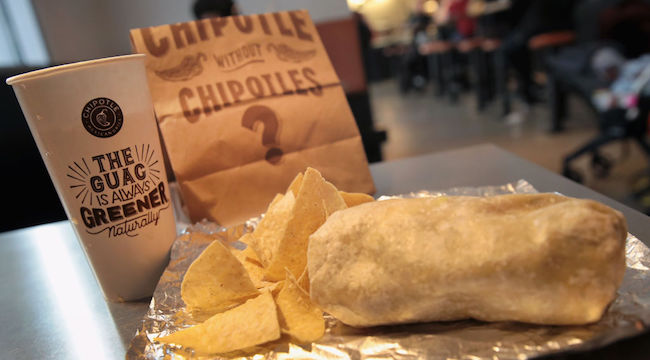 Back when I was in college, getting a burrito at Chipotle was the closest I ever came to splurging on myself, but I basically stopped going after moving from an overwhelmingly white college town to a neighborhood filled with authentic Mexican restaurants. It’s also hard for me to ignore the number of people who have ended up in the hospital due to contaminated food over the past few years, so I tend to avoid visiting Chipotle unless there are literally no other options. However, there are apparently more than a few people out there who are willing to tempt fate to get their fix.

In 2016, we learned about a man name Devin Cunningham who ate Chipotle every single day for over a year while getting totally ripped in the process. His streak eventually stopped at 425 days, and when a man named Bruce Wayne (yes, that’s his real name) heard there was a restaurant opening in his hometown of Tiffin, Ohio, he made it his mission to seize the throne.

Wayne has visited the store almost every single day since it opened (he would get two orders to compensate for any holidays when the location was closed) and spent over a year documenting his evergrowing streak on Instagram. He officially set a new record on December 30th and Wayne— who was destined to become a fan of Batman from birth— was gifted with a custom cape and a pair of cufflinks by the corporation to celebrate his accomplishment (Chipotle has also promised to donate the amount of money he’s spent on meals over the course of his streak to the charity of his choice).

Despite breaking the record, Wayne says he doesn’t plan to stop crushing Chipotle every day anytime soon. I would like to wish him, his digestive tract, and his immune system the best of luck.