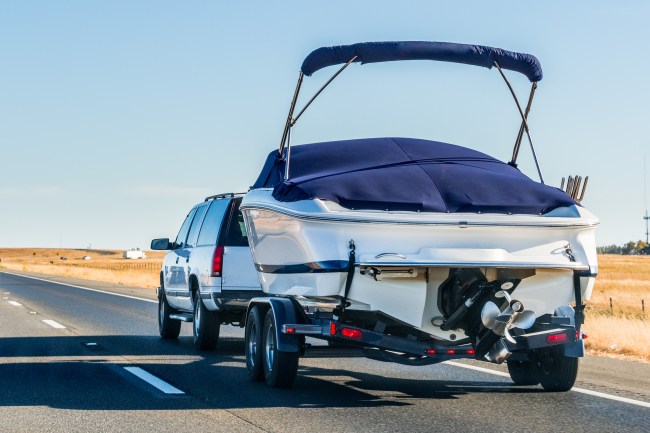 How has your week been on a scale of One to Nearly Getting Run Over By Your Own Car?

A British Columbia man had a no good, very bad hump day after what promised to be a nice day on the water in Port Moody turned out to be a life-threatening disaster.

A video posted to Facebook shows a man sitting in his boat hitched to his car, when the vehicle began to roll backwards into the water. The dude jumped out of the boat awkwardly and narrowly missed getting run over by his SUV, before it plunged into the water.

A very close call for some one in Port Moody after their car rolled into the water at Rocky Point boat launch. Man was just able to jump off the boat, but was nearly run over while doing so. @NEWS1130 pic.twitter.com/zD9Lo5Sqvi

According to the Port Moody Police, the man escaped with just minor injuries, but the same cannot be said for his boat and car.

Deputy Fire Chief Kirk Heaven said that authorities pulled the vehicle out of the water, God spit in his face yet again.

“Once the vehicle was out of the water, we heard a big bang, it sounded like a tire exploding,” he says. “Just after that, pulling it out, we could see flames underneath the vehicle.”

Heaven says the vehicle turned out to be a hybrid.

“We’re not sure why or how, but being electric something must have shorted out to cause the fire,” he says. “So our crews quickly went and extinguished the fire. Unfortunately, with the electric vehicle, it took quite a while for us actually to extinguish it.”

The SUV was eventually taken by flatbed truck to a yard under police and fire escort in case it burst into flames again.

And here I am bitching about not getting a seat on the subway this morning #perspective.