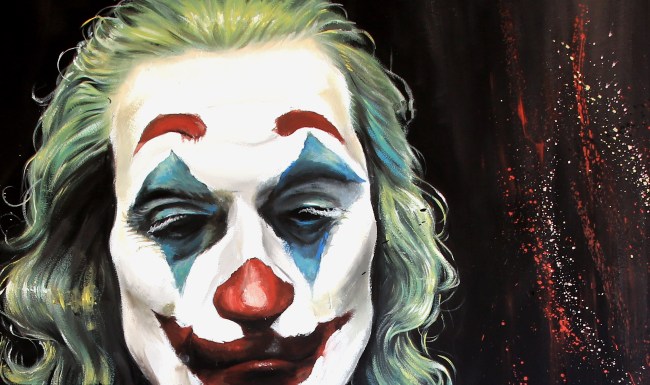 A man wearing a Joker mask has been charged with setting a police car on fire then walking away during a protest in Chicago, according to federal prosecutors.

The mask, similar in look to supporters of Joaquin Phoenix’s Joker character in the 2019 movie, was allegedly being worn by Timothy O’Donnell, 31, who was identified by the “PRETTY” tattoo scrawled across the front of his neck. 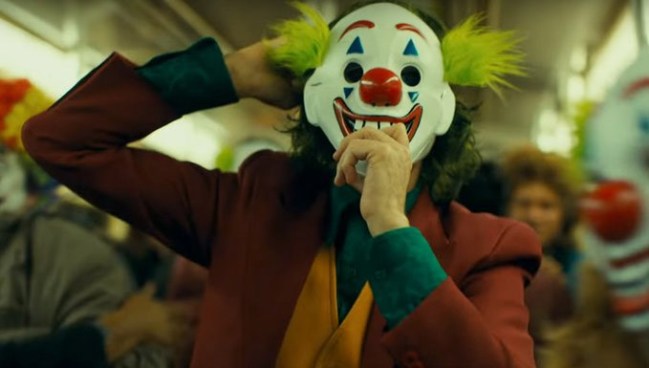 Suprised it didn’t say “DAMAGED,” but I digress.

Photos of the man charged with arson are littered throughout the eight-page, federal criminal complaint and show the man lighting an object then placing it into the gas tank nozzle of the police cruiser.

According to the Chicago Sun-Times…

A family member of O’Donnell’s told law enforcement Monday he lives in a room in an apartment in the 700 block of 19th Place. Authorities obtained a search warrant Tuesday and searched the apartment. The feds say they recovered from a bedroom a Joker mask similar to the one in the photographs, and O’Donnell was arrested.

Prosecutors said O’Donnell waived his Miranda rights and admitted he was the person wearing the Joker mask in the photos.

A video of the incident that allegedly involved O’Donnell was also given to law enforcement by a witness to the scene.

“The video initially shows O’DONNELL, who was wearing a ‘joker’ mask that partially covered his face, hold a lit object and place it in the gas tank of the CPD vehicle,” FBI Special Agent Ryan Furman stated in the criminal complaint.