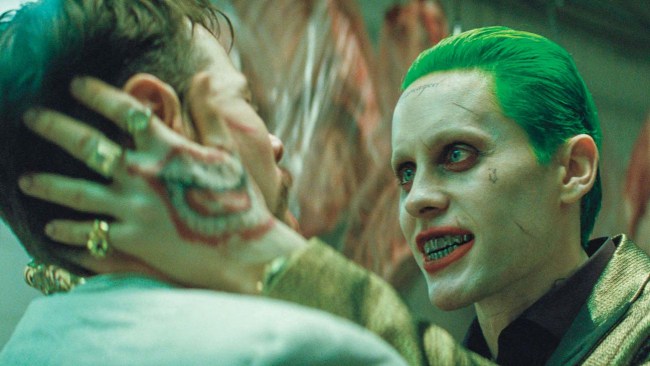 I’ve got tons of respect for David Ayer. The man burst onto the scene as a screenwriter two decades ago, penning Training Day and co-writing The Fast and the Furious, which are two movies that remain incredibly culturally-relevant today.

In the following years, Ayer would transition to directing, helming films such as Harsh Times, Street Kings, End of Watch, Sabotage, and Fury. His chops as a director are unquestionable, as I think End of Watch and Fury are two of the more underrated, visceral, and moving action films of the previous decade.

Then, of course, there’s Suicide Squad. I think my festering issue with the film — which is now already four years old — is how overwhelming disappointed I was by it. You see, while Batman v. Superman: Dawn of Justice, was ultimately a letdown, it wasn’t a complete disaster — there are pieces of that movie that I genuinely enjoy. But when it comes to Suicide Squad (and Justice League, for that matter), the only redeemable aspect of the film is perhaps Margot Robbie’s spot-on casting as Harley Quinn. The rest is a neon-soaked Hot Topic-inspired dumpster fire.

Now, though, fast-forward to 2020, and because of the legitimately stunning announcement of the Snyder Cut, Ayer has felt emboldened to defend his entry into the DCEU to try and build similar momentum towards releasing an “Ayer Cut” of Suicide Squad.

Engaging with fans’ questions about Suicide Squad (again, which is something I respect!) ever since the Snyder Cut announcement, Ayer’s passionate defense of his film continued on Tuesday, this time in regards to Jared Leto’s Joker, which I something I’m famously and somewhat delusionally outspoken against.

Jared was pretty mistreated during this. No one has seen his performance. It was ripped out of the movie. https://t.co/gSOeyJjtyd

Mr. Ayer, I say again — I respect the hell out of you and love your work. I get your point — the studio chopped and changed your film and Leto’s performance until it was unrecognizable. But did the egregious “DAMAGED” tattoo in the middle of Joker’s face come from the studio, or did you do it? That’s all I want to know. If the answer is the studio, then I will join the Ayer Cut movement, but if that forehead abomination was your brainchild, I simply cannot give you the benefit of that doubt that your choices in the “Ayer Cut” of the film were any better than what Warner Bros. ultimately gave us.